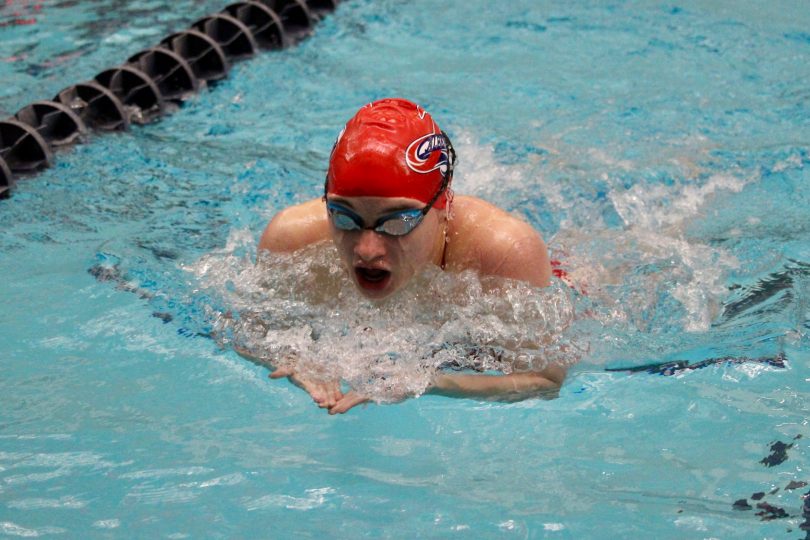 It had been two years since local swimmers had graced the UVa Aquatics and Fitness Center’s pool for the Ben Hair Memorial Swim Meet. That group put on a show with a night packed with established stars delivering in a big way and two full classes worth of young stars exploding onto the scene, swimming for the first time in the area’s highest profile meet.

Western Albemarle’s boys won the championship, led by a pair of relay wins in the 200 medley and a 200 freestyle and a runner-up finish in the 400 free relay. To get an idea of the Warriors’ incredible depth, the Warriors’ had a second relay entry finished third in the 200 medley relay, the first event of the night, setting an excellent tone for the Warriors right out of the gate.

“We love this meet so much, the team really came together,” said Western Albemarle junior Jack Smith. “We get to swim against all our friends in the summer league and swimmers down in Richmond and here in Charlottesville. It was a lot of fun to get out here and race.”

Smith won the 100 breaststroke and was the runner-up in the 100 freestyle.

It was young Western star Thomas Heilman’s Ben Hair debut and he delivered in a big way, winning the 50 free with a time of 20.78 and the 100 butterfly by nearly three seconds and also swam legs of the two relay wins.

Bottom line? The Warriors got contributions from all over to stack up their 431 points.

“We’re all putting up really fast times and having a lot of fun most importantly,” Smith said. “That’s ultimately going to set us up for a great run.”

Albemarle finished second to the Warriors with 407 points, sparked by a strong relay performance highlighted by a win in the 400 free relay despite not coming in with a seed time and two runner-up finishes in the medley and 200 free relays.

Fluvanna County’s Ahmad Woodson was the runner-up in the 500 free.

Albemarle’s girls finished second behind powerful Monacan on the girls side of the meet, with the Patriots putting together a deep, strong performance led by a huge night for sophomore Grey Davis in her first appearance at Ben Hair after winning the Class 5 state title in the 200 IM as a sophomore.

Albemarle’s girls swim team was geared up for the meet, intent on bringing their best to the table.

“I think Ben Hair is always incredibly special but with COVID it was even more special just being able to be on deck with everybody,” said Albemarle senior Sophia Yu. “This season we’ve been working a lot on preparing for competition and being in the right headspace. We talk a lot about mental toughness — how to be resilient, how to preserve — and I think that was important today.”

With particularly strong nights from sophomore Grey Davis, Cameron Smith, Sara Wells and Yu leading the way, the Patriots took the runner-up spot behind Monacan with 332.5 points to Monacan’s 399 points.

“When I was a freshman I certainly looked to the upperclassmen not just for technical things but also how to carry yourself on the pool deck, how to be a good teammate,” said Yu, who took sixth in the 100 freestyle and fifth in the 50 free. “The seniors this year are really doing a good job of conveying that to the underclassmen so that hopefully we build a legacy of not only amazing athletes but respectable people on the pool deck.”

Albemarle’s top-end depth was a big part of the effort. Davis won both the 200 IM and 100 butterfly while swimming legs for the runner-up 200 freestyle and 400 freestyle relay squads. That relay effort was huge with a third place in the 200 medley relay rounding it out.

Fluvanna County’s Alex Fuller added to the series of breakout performances by freshmen swimmers with a statement win in the 50 freestyle and a runner-up finish in the 100 butterfly. 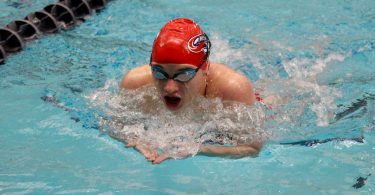 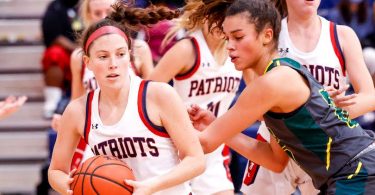