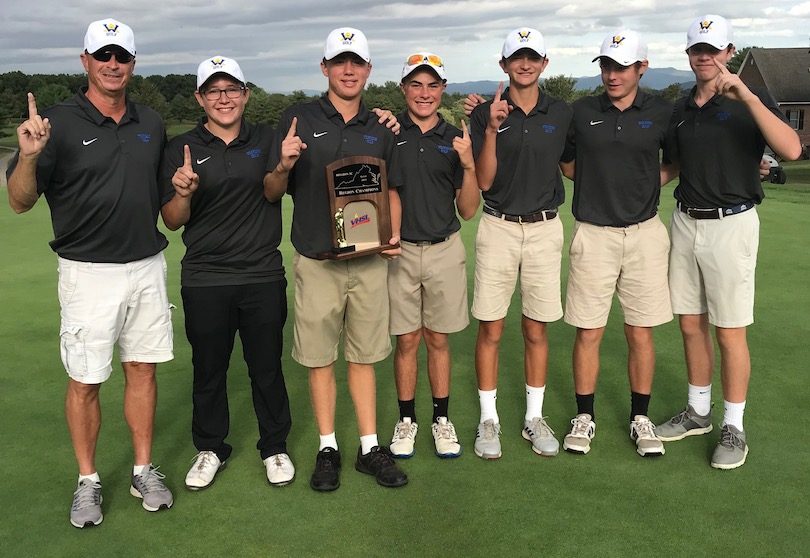 Western Albemarle’s golf team held off a top-heavy performance by Wilson Memorial Monday afternoon in the Region 3C championships in Staunton at Ironwood to pick up the team region title and earn a spot in the Class 3 state tournament next Tuesday.

The Warriors carded a 311 as a team, edging Wilson by three strokes to grab the region crown. Brian O’Dea led the way with a 73, followed closely by Luke Vance’s 74. John Bond and Sam Stoke rounded out the scoring with both carding an 82. Jack Crombie’s 84 for the Warriors, if it had counted, would’ve put the Warriors over the top too.

Wilson had two top four performances in Patrick Smith’s 70 and Grayson Wright’s 71 but couldn’t contend with the Warriors’ depth.

Fluvanna County finished sixth as a team in the event led by freshman Killian Donnelly’s 70, which was good for third in the individual running behind Rustburg’s Nick Rakes who won medalist honors with a 68. The performance vaults Donnelly into the state tournament as an individual competitor.

The Flucos also picked up an 83 from Jared Williams, a 97 from Cameron Marshall and a 99 each from Maggie Wentz and Caleb Vickers.

Charlottesville’s own freshman standout Preston Bruton carded a 76 to finish 11th while the Black Knights’ Rob Walker finished 44th with a 100.

Monticello’s Braden Swartout took 31st with a 90 while the Mustangs’ Nick Anglin placed 38th with a 97.