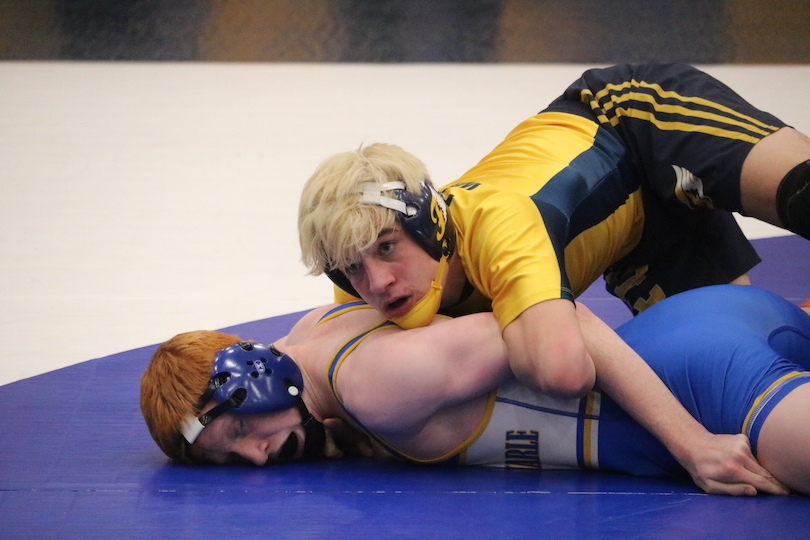 Fluvanna County’s Shawn Metcalf wants to be tested. That’s what the regular season is for, and with the postseason starting Wednesday, Metcalf got a major test Saturday.

“My coach always says regular season is just preseason for the postseason,” Metcalf said. “I would much rather go into an overtime match and lose than pin my guy in the first period.”

Metcalf engaged in a back-and-forth battle with Western Albemarle’s Joey Burch in the 152-pound weight class at Saturday’s Western Albemarle Invitational Tournament. Metcalf edged Burch in overtime with a takedown, just a short stretch after Metcalf appeared to win the match in regulation with a takedown near the third period buzzer, setting off a raucous celebration by the Fluvanna junior.

“I wrestle like it’s the last match I’ll ever wrestle, that’s why I got so hyped at the end of that match because in my mind that was my last match ever,” Metcalf said. “An overtime match is what you’re training for the whole season. You have to be able to stay focused.”

The takedown was waived off and Metcalf quickly strapped his headgear back on to refocus. Burch didn’t make it easy, but Metcalf (22-4 on the season) was able to get behind Burch, a sophomore, and break him down to pick up two points for the 8-6 win.

Burch and Metcalf are possibly headed for another class in the Region 3C qualifier at Fluvanna County this week that determines advancement and seeding out of the Jefferson District. They both should get a boost ahead of the postseason from a hotly contested, hard-fought match that forced Metcalf to rally from Burch’s early lead thanks to a first period takedown. That was a reversal of the tandem’s other meeting earlier this year.

“The last time I beat him by four points and I was pretty much dominating the whole match,” Metcalf said. “That time he started off winning and I had to fight my way back.”

Metcalf and Burch traded reversals in the second period allowing Burch to hold a 4-2 lead going into the third. Metcalf evened the match with an early third period takedown. Burch responded with an escape with under a minute left to take a 5-4 edge, then Metcalf came up with another takedown. Burch’s escape with 12 seconds left kept him alive and after the ruling at the buzzer, forced overtime.

Western got a big boost from Burch’s runner-up finish at 152 and Max Morrison taking second at 170 pounds. The Warriors also got third place finishes from Collin Castrina at 126 and Thomas Warren at 113 pounds to help lift the Warriors to that fifth place finish.

Fluvanna took seventh on the strength of Metcalf’s win and a runner-up finish by Wyatt Dillon at 132 pounds. Alden Custer also gave the Flucos a lift with a third place finish at heavyweight while Jason Hamshar took fourth at 195. Jariq Henson chipped in a fourth place at 126.

For Charlottesville, Pyi Khant took second at 113 pounds while Aiden Lewandowski took third for CHS at 120 pounds. Parker Hutton was Albemarle’s top finisher, taking fourth at 152 pounds while Monticello’s Sam Lewis took fourth at 160 and Madison County’s Christian Corbin finished third at 220 pounds. Blue Ridge was shorthanded on the day, but Nathan Santos took seventh for the Barons in a strong field at 152 pounds. 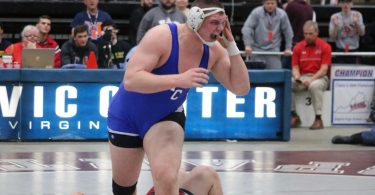 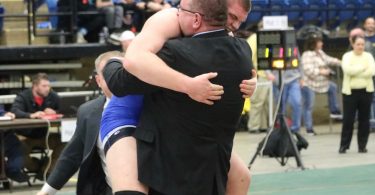 Saturday’s Class 2 wrestling heavyweight state championship match had all the ingredients for a...