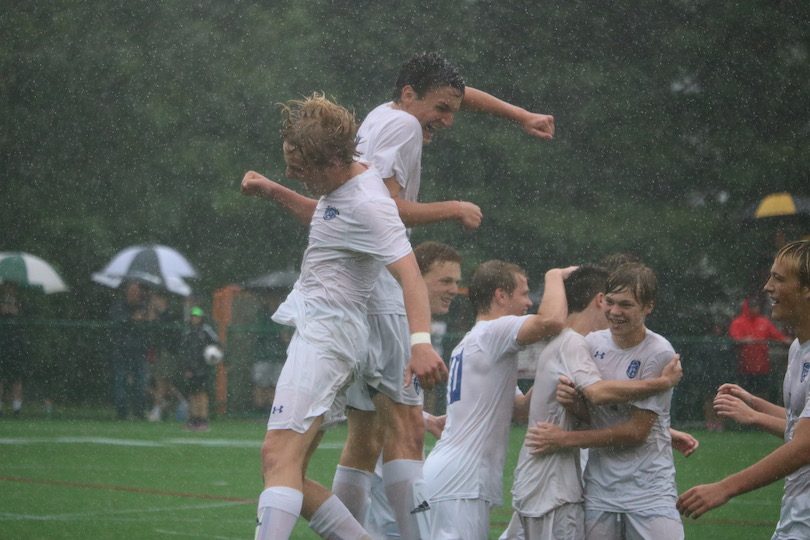 Western Albemarle knew something had to change just before the playoffs started, or what happened Saturday just wasn’t going to be possible.

“No, none of us thought this would happen,” said Western Albemarle keeper Jack Frey. “We really came together as a team before the playoffs, I’m really proud of the boys.”

It produced a 4-0 victory over Northside in the Class 3 state championship Saturday in Salem, a fitting end to an incredible run where Western just caught fire starting with a 1-0 victory over Albemarle to end the regular season and rolling all the way to the program’s first state title since 2016, the program’s fourth all-time, and based on where the squad was midway through the season, perhaps the most unlikely championship yet.

“Our team chemistry has just been on a different level, I think we’re much closer as a group and that just helps us to be able to know what each other’s strengths and weaknesses are and what we like and don’t like,” said Western’s Joey Paulson.

The early goals that had been lifting Western early in matches throughout the postseason didn’t come against Northside in the first half, but with the rain pouring in the second half, Sam Vigilante put the Warriors on the board with a brilliant header off a Colby Wren corner. The goal came less than two minutes into the second half.

Then Carter Spilman tacked on a PK to make it 2-0, racing to the corner and sliding in celebration. Later in the half, Western drew another PK and Paulson hammered home the rebound off the initial miss for a goal. Minutes later, Spilman knifed the ball back inside to Paulson for another goal, his fifth in the state tournament. With that second half offensive explosion, Western blew the game wide open and secured a state title to end a tremendous run.

“I knew from the beginning of the season we were really close and that goes a long way,” Spilman said. “The best thing is we’ve been celebrating a lot, so it’s just the most fun thing in the world.”

Combined with an experienced hand from head coach Milo Oakland, that chemistry that both Paulson and Spilman alluded to is likely what allowed for the Warriors to identify some of the issues that plagued them in the regular season and hit the reset button as a team late in the year. It’s also an outgrowth of those two players’ familiarity from playing together since they were six years old.

“Especially in our offense with Carter, Gabe (Nafziger) and I up top, we just know each other really well, we know where our runs are going to be,” Paulson said. “It’s so much fun combining with them up top and showing off what we’ve got.”

Nafziger picked up a title after coming up a win short in basketball as a junior.

“He’s a fighter, he really likes to compete and that’s what we love at Western, seeing him win a championship is awesome,” Spilman said.

While the offense turned the game into a blowout, the defense did their part in the first half, locking up Virginia Tech signee Daniel Pereira, who’d been on an offensive tear of late.

“We really pressed high, they had that No. 10 who’s really good going to Tech next year and our defensive midfielders had him in lockdown,” Paulson said.

The defense’s turnaround has been more under the radar than the obvious offensive explosion. The group in the back which is made up of a number of underclassmen including sophomores Lachlan Murphy, Lucas Moon and Jack Vigilante drew some confidence from shutting out Albemarle and just really got into a zone in the playoffs with a shutout in the semifinals and final.

“We were having trouble and I decided every game before the playoffs I’d bring them all together,” Frey said. “We made it clear that we needed to talk and have lots of communication together. Being able to talk to each other whereever we were on the field, we were always in good position to defend.”

Western made the changes it needed to this year, when they needed them and now they’re champions.