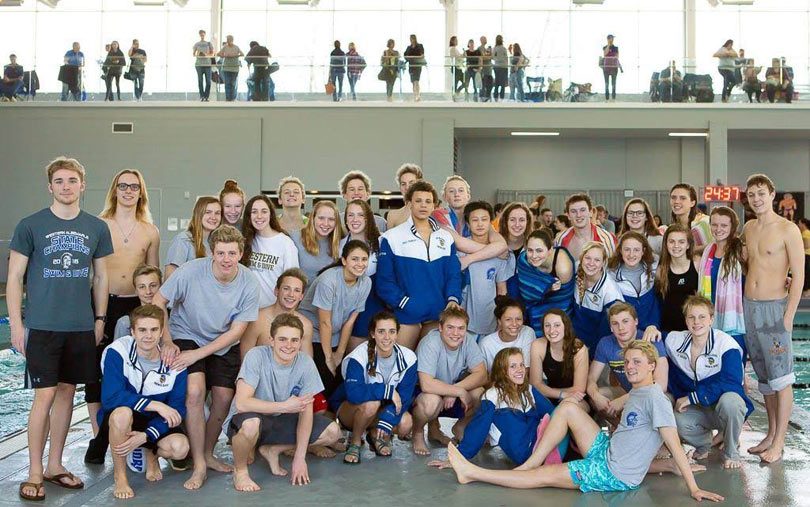 Liam Giuliano-Dunn smacked the water in the Brooks Family YMCA pool in celebration, right after checking the board, mere seconds after completing the 100 backstroke.

The Western Albemarle swimmer, a senior captain, finished third in the Region 3C meet, punching his ticket to the state meet. It was an accomplishment that would’ve seemed pretty far-fetched when he got cut from the Warriors’ powerhouse swim team as a freshman.

“I don’t know how else to describe it, it was amazing,” Giuliano-Dunn said.

Like most area high schools there are a lot of other things students at Western Albemarle can do if they get cut from a team, either other sports or clubs or activities they can pour themselves into. But, no offense to the school’s myriad other top-notch clubs, sports and activities, not all of them are Western swimming and diving.

That’s why Giuliano-Dunn went to work after getting cut, battling his way onto the team with some hard-nosed training. He wanted to be a part of something bigger than an accumulation of individual swimmers, and Western swimming is much more than that.

“It’s the people — I love swimming but I love the people even more,” Giuliano-Dunn said. “I don’t know if I’d keep doing it if it weren’t for the people, they’re all like family to me. It’s a great group of guys and girls.” 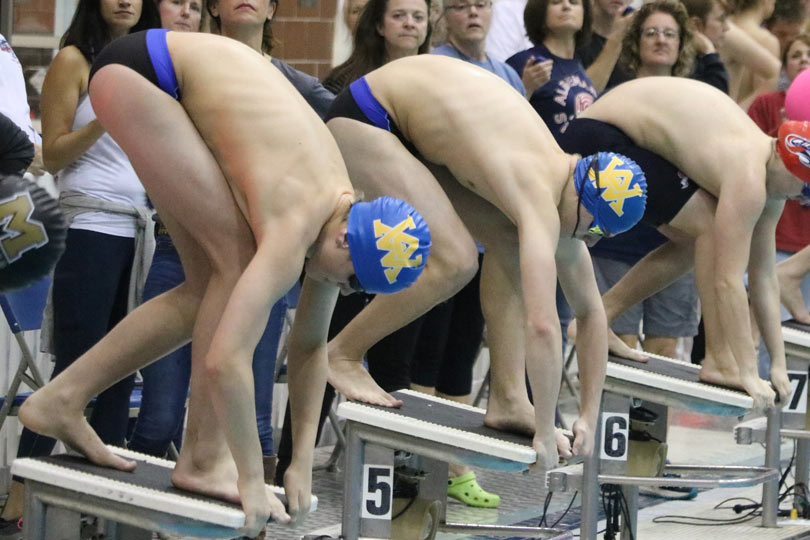 Tradition never graduates has become a cliche in collegiate and high school sports, but when you’re intentional about how you construct, maintain and manage a program, it can become truth. In the last 10 years under the leadership of Western history teacher Dan Bledsoe, the Western girls team has won the state title or been the state runner-up eight of the last nine years, winning six state titles in that span. The boys team won the 2016 and 2018 state titles with a runner-up finish in 2017. The winning is important, no doubt about that. But the Warriors have gone well beyond that scope, making all the banners almost incidental to creating a lasting experience for every swimmer in the program.

“We spend so much time together, whether it’s practice or school and we volunteer for triathalons and things like that, it’s kind of hard not to become a family,” said Western’s Clare O’Connell. “It’s the people you’re spending all your time with.”

They’ve found a way to give a group of athletes that can feel like mercenaries on the club scene and in individual races a sense of purpose and a place to belong while also serving a pack of non year-round swimmers and giving them a reason to buy-in to the program.

“They better themselves, they better their teammates and they want to better the sport,” said Western’s first-year assistant coach Tanner Kelson. “I have never seen a unit that is so close together. It’s quite amazing to see.”

Kelson, who swam at Orange County and coached several non high school squads, has a unique perspective as a first year assistant under Bledsoe. Western has figured out a way to solve this unique problem of blending elite talent with swimmers who are willing to work hard while not dealing with many of the problems that person ego and agendas can create.

“This is truly amazing to think that high school kids can care this much about each other and their sport, you don’t really find that,” Tanner said. “They’re all about working together and getting to their common goal.”

Western star Noah Hargrove, who was the state runner-up last year in the 200 IM and 500 free sensed that mission when he was in eighth grade and came over from his middle school to enjoy one of the program’s traditional Friday morning breakfasts.

“I came over for one of those and being an eighth grader that was one of the more exciting things that happened,” Hargrove said. “I remember that and being with all the seniors that are now gone, I think it’s a fun experience to be a part of that for the freshmen the first few times.”

Those breakfasts have become both a tradition and a key part, along with regular dry-land workouts of melding the year round group with the non year-round swimmers.

At meets, the Warriors have also set something of an expectation that’s become impossible for most people in America in the last few years that’s helped keep them locked in, involved and supportive — they’re staying off their phones.

“We’re really big at meets of not going off alone, not being on your phone or whatever — we’re cheering for each other in every single race,” said Western’s Katie Herndon, who finished fifth in the 200 free at the Region 3C championships. “It can turn really individual racing each other and we just try to focus on supporting each other and it makes it more of a team.” 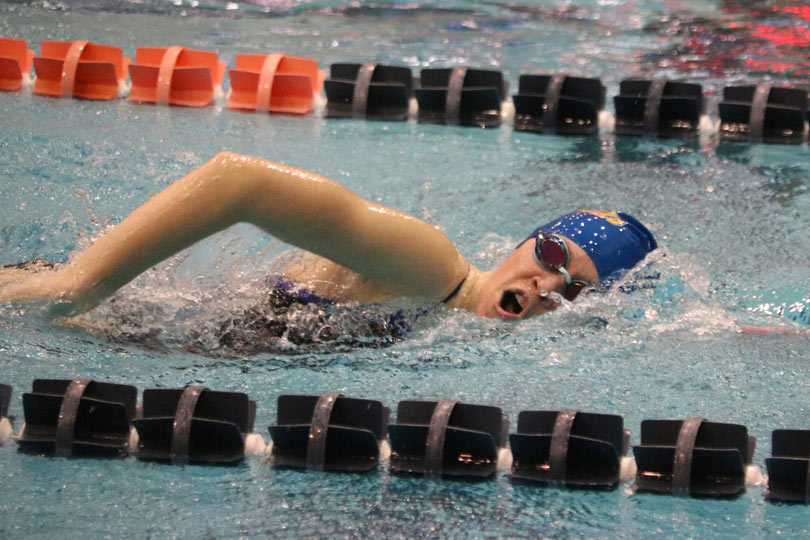 It helps of course that the Warriors have that serious talent in the mix. August Lamb is an unbelievably talented swimmer, capable of winning whatever event he’s in on the boys side where he set a state record in the 100 free a year ago and was the runner-up in the 200 free. Tyce Winter, Sam Johnson and Hargrove are excellent as well on the boys side, but they’re all intent on putting the team ahead of their personal agendas or preferred events.

“When you’ve got guys like August and Noah and even young guys like Sam Johnson and they’re wanting to help the team, it’s just a great motivator,” Giuliano-Dunn said.

The girls squad leans on their depth, though Virginia Smith, Kayleigh Jumper, Kathryn Burr and Sophie O’Donnell are all threats to place in the top three of individual events. That girls group has worked hard to bring the girls squad around after a down year when they first got started.

“I think it’s just kind of a waiting game, two years ago our team motto was tiny but mighty, we always work with what we have,” Jumper said. “But the numbers do help.”

There are also specific, but attainable goals handed down by Bledsoe and the staff. Like at a recent meet when the Warriors asked junior Andrew Holzwarth to knock four seconds off his time from a 1:56 to a 1:52. Holzwarth was concerned because that’s a lot of time. But he dove in and got the job done.

“(Bledsoe) knows if people push themselves that people can reach those expectations,” Holzwarth said. “If you buy-in to the team and you train hard, you will live up to those expectations. That’s what makes this team great.”

But it isn’t all business. Last year at the Class 3 championships, with the boys team title locked up, Western allowed its seniors to step into the lineup for the meet’s closing event, the 400 free relay. Instead of chasing another potential event title, the swimmers who usually would’ve been a part of that relay stepped aside, opening the door for swimmers they’d looked up to as leaders or been friends with or just spent many hours of their high school years a chance in the spotlight.

The relay team finished seventh in the final, but few noticed the placing or the time. The Warriors were too busy celebrating their friends and the W that then-senior Trevor Phelps had shaved into his chest. Which was appropriate because in a sport where training can become monotonous and a grind, building a community around the sport seems to have made swimming at Western fun.