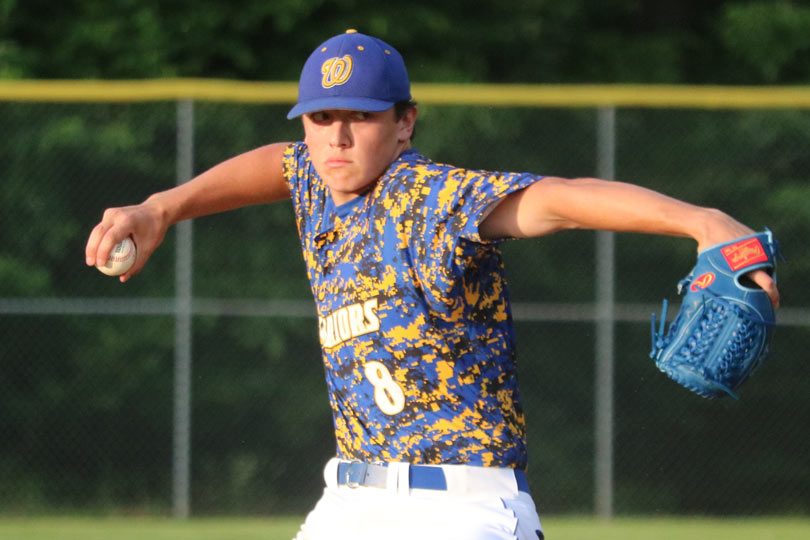 Western Albemarle baseball knew with Zach Mallia on the mound they could take some more chances at the plate. Swing a little freer.

In a Region 3C qualifier, that’s a sizeable edge and the Warriors capitalized, with seven different players notching hits in an 8-0 victory over Monticello.

“He’s done it again and again — in big games he comes up clutch,” said Western shortstop Wyatt Hull. “When he sees the defense is behind him, that’s when he gets rolling and he gets confident.”

Mallia delivered with a complete game shutout where he allowed just two hits and carried a no-hitter into the sixth. Mallia struck out five and allowed four walks in the victory,

Mallia himself knocked in a pair of runs at the plate and with an error free defense behind him that was enough to take care of business.

“He was really, really good and that’s exactly what we needed,” said Western coach Skip Hudgins. “It was important for us to come out here and play well, we hadn’t played well for three or four games. It all starts 60 feet, six inches away with him and he did a great job night.”

The Warriors put the pressure on the Mustangs, who committed four errors on the night with Hull, Jacob Lively and Trevor Vernon knocking in runs while Sims Setser plated two while going 1-for-3 on the night.

Western got things going in the third when Hull hit a leadoff single, then advanced to third on an error. Devin Powell then loaded the bases by wearing one, opening the door for Hull to score on a fielder’s choice groundout by Mallia. Another error prolonged the inning and Vernon blasted a double to score Zakk Hodge. Setser singled to plate Nathan Fink and the Warriors had a 4-0 lead after a wild inning.

“We were playing really well at the beginning of the season and kind of fell off,” Hull said. “Coach said it best, that hitting is contagious but not hitting is also contagious. This was a great game to get rolling before the playoffs start.”

Western tacked on two more in the fourth and one more run each in the fifth and sixth to snuff out any hope of a wild rally by the Mustangs. Dylan Zimmerman and Sam Lewis each scratched out a hit against Mallia but the Mustangs couldn’t effectively answer the Warriors’ four-run third inning.

“You never prepare for these end of the year speeches but my guys showed up from day one and did everything we asked them to do,” said Monticello coach Corey Hunt. “For my seniors, I’m proud of the men they’ve become. Some of them have worked their tail off for four-plus years to get to this point. I’m excited for the next steps they’ll take in their lives.”

The Warriors will play in the Region 3C quarterfinals against an opponent to be determined. 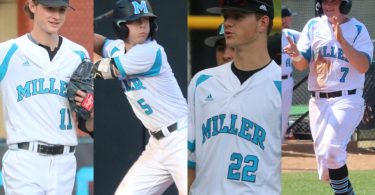