The Fluvanna County football team traveled to Spotsylvania on Friday night looking to bounce back after opening the year with a loss at Broadway.  Unfortunately for the Flucos, that did not happen, as the Knights rolled to victory 41-0.

“I think they hit us over the top a few times and that just kinda wore on us,” said Fluvanna coach Mike Morris.  “I mean, they’re a single wing team and the plan was we knew they were going to run the ball, but to get the passing yards and the completions that they got hit us hard.”

It was indeed the passing attack early on that helped the Knights build a large lead.  Three of the first four touchdowns for the Knights came through the air.  Monte McMorris led the way for the game going 12 of 15 through the air with 302 yards and three touchdowns.  Jake Jack helped to lead the way receiving with four catches for 108 yards and two scores, while Joseph Gonzalez had a huge night score on the ground and four catches for 161 yards and a score.

“On the first few passes, we had some defensive backs line up on the wrong person, and part of that comes from missing practice one day this week because of the weather, and yesterday was really the first day we were able to have a defensive practice, and we had a lot of injuries as well,” said Morris.

The defense was not the only area the Flucos struggled.  The offense never seemed to be able to put any drives together. Not only that, but turnovers became a huge problem for the Flucos. Once the game ended, the Fluco offense had turned the ball over six times, on four interceptions and two fumbles, while only forcing one Spotsy fumble.

While this game came with more than its fair share of struggles for the Flucos, there is one positive for them from this game.  The opportunity to learn from the game film.

The Flucos will look to use that film to learn and help regroup and prepare to host Brookville in their home opener next week. 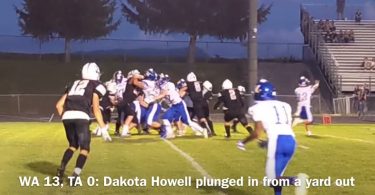 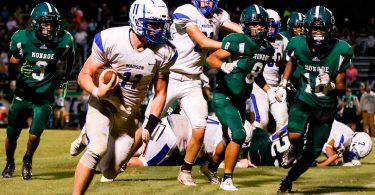