This time? Not so much.

“Shots were dropping all the way around,” said Miller coach Scott Willard.

In a VIC semifinal shootout in Lynchburg, Miller managed to pull out a critical victory over the Bishops, winning 93-80 in overtime to secure a berth in the VIC final against archrival Blue Ridge.

Virginia Episcopal going early with Isaac Belton knocking down 3-pointers, But Andrew White got in gear too. White poured in 31 points, out-dueling Belton who put together a 25-point explosion that included a quartet of 3-pointers. White had three buckets from beyond the arc himself and hauled in 14 rebounds.

“Shots just started dropping for both teams and it was a more up and down tempo game, which I think favors us,” Willard said.

Tony Washington’s play proved perhaps most critical though as he went for a career-high 19 points and his first double digit game this season. His play helped offset an incredible night for Virginia Episcopal’s Ifeanyi Onyekaba, who went for 25 points in the low post. Onyekaba had 14 rebounds on the night.

Luka Vasic helped set the table for the Bishops with seven assists and also played a big role on defense with four steals.

Chase Cannon finished with 12 points including three 3-pointers while Devon Anderson hit his two 3-pointers down the stretch. Travis Hester had nine points while Grayson Gunner checked in with six.

The road win was a huge one and could provide the Mavericks with a confidence boost going into the VIC title game and the state tournament that lies beyond that.

“It’s enormous,” Willard said. “Blue Ridge lost there, Benedictine lost there. It shows we can take our game on the road and be successful. Hopefully it’s a momentum builder going into the championship on Saturday.”

The 2022 All-VISAA baseball teams are out. Here’s a rundown of the local players selected... 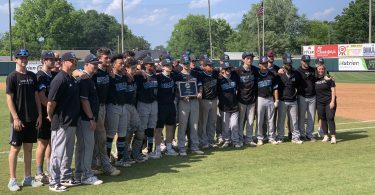 Without the bitter, the sweet ain’t so sweet. There’s an awful lot of different ways to...