It was just about the ideal way to start off a new era in Fork Union prep basketball history — not just a victory, but a victory emblematic of what new head coach Reggie Barnette is trying to instill in the program.

“One thing I harp on with the guys is sharing,” Barnette said. “At Richmond, coach (Danny) Rocco always talked about letting your first thought be of the team, not of yourself. It trickles onto the court, what you see on the box score is what the guys live by in their day-to-day lifestyles.”

The Blue Devils got points from 14 of their 15 players, with Casey Labasky’s 13 points leading the way while Isaac Rivera and Bobby Gardner notching 10 points each.

That offense largely came from the defense as Fork Union pushed the pace throughout, taking advantage of turnovers and miscues by New Covenant and cashing in in transition.

“It was crazy, really mind blowing,” Labasky said of getting a chance to step on the floor. “I didn’t even think I was coming back to school, let alone play basketball. We were pushing the ball in transition really well and defensively we really outplayed them.”

Meanwhile, Cameron Wallace led an influx of football players who gave the Blue Devils a charge on the hardwood. Wallace pulled down 12 rebounds while scoring seven points.

“He understands how to use his frame and carve out space,” said Barnette, who serves as the prep football team’s defensive coordinator. “I talk to him about emulating Charles Barkley, and he showed the other guys on the team that he can be just that type of player. I’m big on guys in football coming out in the winter and helping out in basketball. As they get their basketball legs, they’re going to be bigtime contributors.”

With the victory, Barnette starts his career as a prep basketball coach in the win column, and he and his staff including former UVa star and NBA player Sean Singletary, are looking to build something special.

“It felt awesome, being in control, having the guys trust me and the administration trust me to lead this program,” Barnette said. “Win, lose or draw, the experience is something I’ll always remember. When Sean and I sat down and talked about Fork Union, one aspect you have to deal with is retention. We wanted to retain some of the talent and also bring in some new talent, and we felt really good about it, but you never know until the tip goes up. “

Early returns indicate things are headed in the right direction. The Blue Devils will get another test Wednesday at 6 p.m. against Churchill Academy. 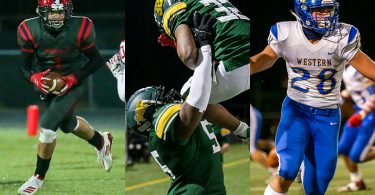 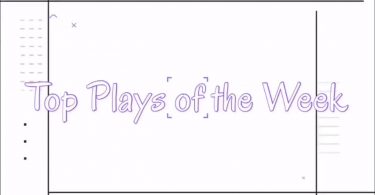