A lot can go right for a team when they are playing with a high level of energy.  For the Albemarle volleyball team, that has been a focal point for them throughout the season.

“At the beginning of the season we struggled with our energy, but we’ve gotten better with it and need to keep it up,” said setter Keira Roach.

That energy showed up in a big way for the Patriots, as they went to Monticello and left with a 3-0 win over the Mustangs in three sets, cruising past Monticello stay unbeaten in Jefferson District play.

The Patriots started the match hot, as they charged out to an early 10-2 lead in game one.  The Mustangs tried to battle back as they cut the deficit to five points, but another Albemarle run was building.  The Patriots used a run of five-straight points to put the first set largely out of reach, and later won it by a score of 25-12.

High-energy play and execution of their gameplan fueled the Patriots in that fast start.

“Monticello’s a scrappy team, and we knew we needed to put the ball away at the first opportunity and start strong, and we served and passed really well tonight,” said Albemarle coach Mark Ragland.

The most striking example of that team energy would come in the second game. Albemarle began that game scoring 10 straight points, and the advantage never got much smaller than that.

“After the first set we knew that no one could beat our energy, and we just needed to keep it up,” said Roach.

The energy level stayed high throughout the set,as the Patriots rolled to win it 25-5 and take a 2-0 lead over the Mustangs.

In the third set, neither squad seemed to be able to separate themselves from the other, leading to 17-16 score at one point in favor of the Patriots. But after that point Albemarle took control and rallied for five straight points leading a 25-19 set win and taking the match. The Patriots played with that high energy all night and they know they need to keep it that way going forward.

“We have some big matchups coming with Fluvanna and Western and we’ll need to stay strong to be able to win,” said Ragland.

Roach had 19 assists and nine digs to lead the Patriots while Adalee Lynch had 17 kills and middle blocker Maya Winterhoff stacked up 15 kills. Olivia Turner chipped in 20 assists.

Monticello will look to bounce back on the road against Louisa County while Albemarle will host Spotswood Monday. 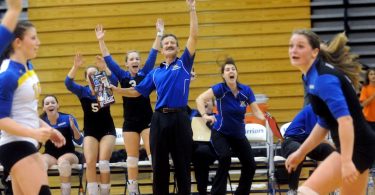 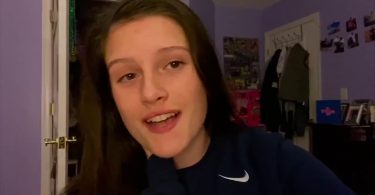