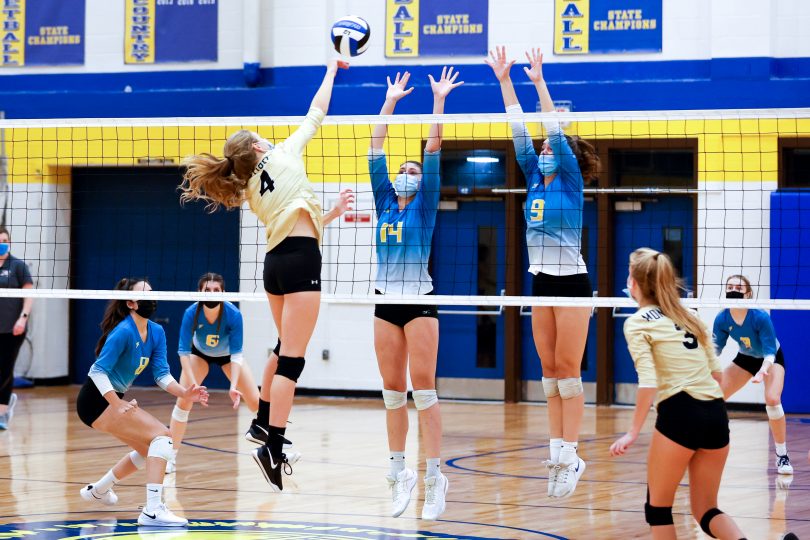 Western Albemarle’s volleyball team came out of the gate fast against Monticello Tuesday night in a 3-0 sweep of the Mustangs, but the Warriors weren’t nearly as sharp in game two.

“Our energy just kind of dropped and we fell behind,” said Western Albemarle setter Ellie Boitnott. “But then after the timeout we pulled together and we really just worked as a team to get the points back.”

The Warriors rallied in that second set to win 29-27 and then rolled 25-8 in the third set after winning game one 25-14. That hard fought second game nearly put the Warriors into an out-and-out battle, but Western managed to survive.

Boitnott finished with 30 assists in the win and connected several times with Brooke Chavez who rang up a team high 14 kills. Natalie Rocco chipped in eight kills while Sofia Beard notched seven kills and five digs to go with a pair of aces. Julian Murphy had seven kills and four aces while Amelia Tomlinson had seven digs and three aces. Chavez and Boitnott each had two aces.

The Warriors travel to take on Orange County Friday while the Mustangs will look to bounce back the same night at home against Charlottesville. 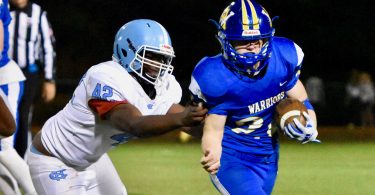