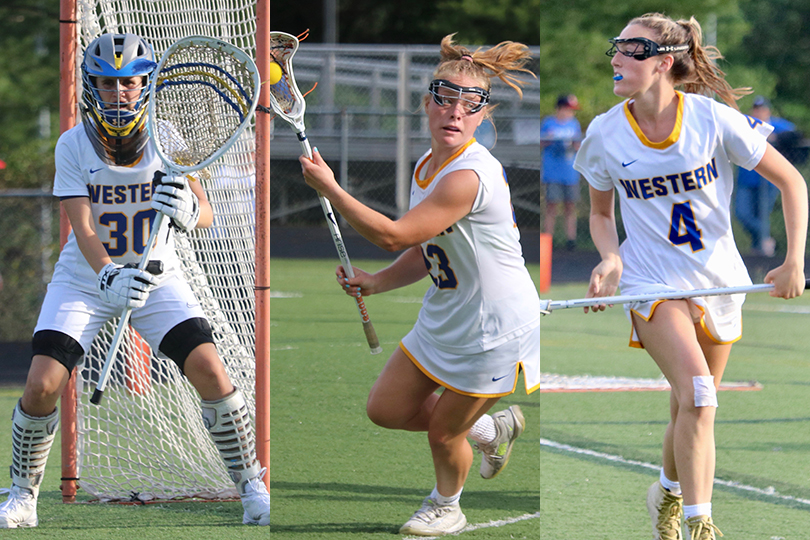 The Basics: Western Albemarle has, quite simply, stormed its way into the state final. Dominion, the defending Class 4 state champions, have as well, and this feels like an almost pre-ordained rematch of the 2019 state final where Dominion prevailed 15-11 in the rain in Salem. Now both come in with a head of steam, having cruised through the state semifinals. Neither team surrenders many goals and they both score them in bunches. Often in matchups like this, it comes down to who can get the edge on the draw and Western’s Mattie Shearer has been sublime there of late, grabbing 12 draw controls on her own during the state semifinal win over Rockbridge. It helps too that Western’s offense has become much more multi-dimensional in the past few games, expanding beyond the one-two punch of Shearer and Mallory Greene to include Libby Carbo dishing out assists and scoring herself and Reeve Goldstein exploding as one of the area’s top freshmen with a state semifinal hat trick. Throw in a significant dash of Sophie Lanahan, Katherine Alhusen and Margaret Craytor and there are just so many different dynamic options for the Warriors. Can they get those players in the mix against Dominion’s stingy defense that has been dominating opponents all year?

Key Matchup: The Warriors’ defense and goalie Kennedy Buntrock take on an explosive Dominion offense. The Titans put up huge numbers of goals game-in and game-out and this will definitely be the most potent offense that Western has faced this season. Buntrock has been impressive this year and she has a seasoned group of defenders and defensive-minded midfielders in front of her like senior Nina Bowen, Kate Wallace and Erica Repich. But they haven’t been tested like this before and this game has the makings of a shootout because of both offense’s potency. If that’s the case, one stop here or there on a play that’s tough to make can be all the difference. The Warriors have the experience and the talent on that end to make those kind of plays, and if Western is as good on the draw as they have been, that’ll tilt the balance toward the Warriors.

Who to Watch: Western Albemarle’s Mattie Shearer. There’s a chance that, due to not getting to play her junior year, Western Albemarle’s Duke-bound star is slightly under-appreciated for what she’s done in her career at Western. Shearer is an absolute force and she made up for lost time this year by dominating on the draw and in ground balls while also beating defenses in a variety of different ways as varied as setting the table and attacking relentlessly by dodging from up top. We’ve had some excellent lacrosse players line up for Central Virginia teams over the past 10 years like Paige McGlothlin, Julia Haney, Connor Carson, Annie Cory and Audrey Schreck. But Shearer undoubtedly belongs in that group as one of the area’s absolute best, in part because of her skill and productivity but also because of her sheer tenacity. Shearer is a relentless competitor in between the lines and that’s elevated her already immense skill to another level.

The Line: Western by 1. The Warriors have had two years to stew over their last loss to the Titans. Expect them to be ready. 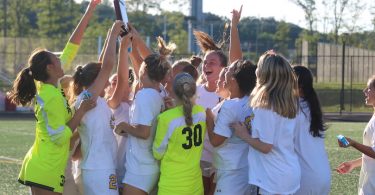 It was a joke, but it also kind of wasn’t a joke.   According to Western Albemarle girls...