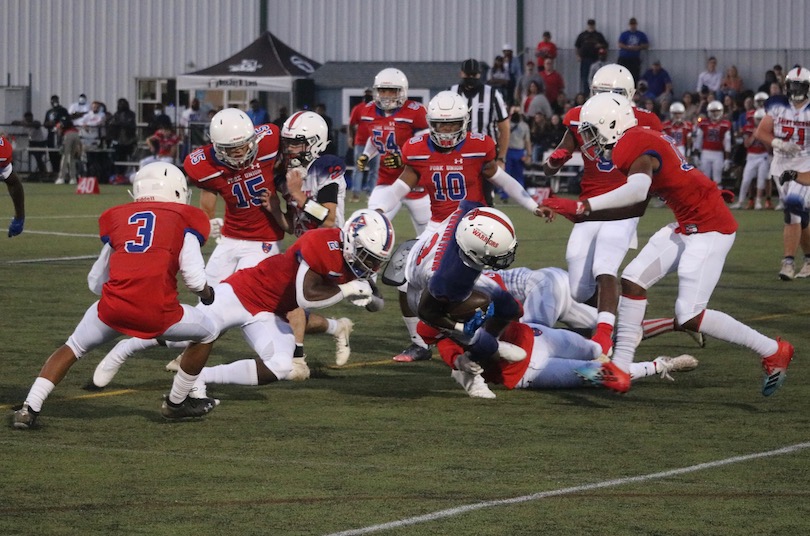 The Basics: In one of the most abnormal seasons anyone can remember, Fork Union was the first football team in Central Virginia to take the field since the COVID-19 pandemic began and they kicked it off with a victory on the road over defending VISAA D3 champion St. Michael, pulling away with 25 unanswered points in the second half. The Blue Devils’ depth played a big role as injuries stacked up for St. Michael, but it also didn’t hurt that the Blue Devils’ offense got in sync and the defense really clamped down down the stretch. Alex Williams played a major role on both sides as the Blue Devils’ signal-caller accounted for four total touchdowns — two on the ground and two through the air — and had a big sack on defense to help shut down a key St. Michael drive. Now they’ll square off against North Cross, the VISAA’s defending Division II champion. The Raiders rolled 69-0 in their opener on September 18 against the Virginia Homeschool Spartans, breaking in an array of new offensive weapons after the graduation of Zae Baines who headed to Temple and 1400-yard rusher Isaac Harris. Now the Raiders turn to Carlton Ward as a playmaker and he delivered against the Spartans with a trio of touchdowns, two on the ground and one through the air. Connor Lange and Gabe Zappia (the starter a year ago) both saw time throwing the ball and combined for four passing touchdowns, two by each passer. That trend is likely going to be a theme this year in these games — Fork Union likely isn’t the only team looking to build tape on most of the roster during this odd season rather than leaning mostly on starters like in other years. Fork Union spelled Williams at quarterback with Kieran Meyers, who flashed some ability to pick up big chunks of yardage on the ground. Look for a lot of players to paly throughout Friday’s game. North Cross is going to be a step up in competition for the Blue Devils, but with a game under their belt, look for Fork Union to have more of a rhythm from the opening kickoff.

Key Matchup: Fork Union’s run game tangles with North Cross’s front seven led by UVa commit James Jackson. Jackson is a long, athletic force defensively and the Blue Devils will have to account for him on each and every play. With V’Jon Hampton toting the rock, Fork Union’s strength offensively is on the ground, and it showed against St. Michael in Fredericksburg two weeks ago when Hampton rushed for 127 yards on 12 touches. It’s going to be challenging for North Cross to overcome the Blue Devils’ depth and pack of reserves, but Hampton will need to be a big reason why. He runs hard and low, which allows him to wear down opposing defenses and pop some of his bigger runs late in the game. That worked well against St. Michael as the Blue Devils took complete control of the game in the second half.

Who to watch: Fork Union’s Cameron Wallace. A big, rangy defender, Wallace has the potential to be an impact pass rusher for the Blue Devils’ on the edge defensively. He showed some strong flashes against St. Michael, creating some havoc in the backfield as Fork Union wore down the St. Michael offensive line. With the way North Cross traditionally likes to put the ball in the air — Blue Ridge can tell FUMA about that, they faced the Raiders twice last year including the state title game — a pass rush will be critical to disrupting North Cross’ timing. Wallace also scored once on the ground, giving a different look to usual ball carrier Hampton and could see time at a variety of spots on offense.

The line: Fork Union by 1. On a natural surface that can occasionally be plagued by fierce cross winds, a run game is critical to winning on the road at North Cross. The Blue Devils have the goods in that department. 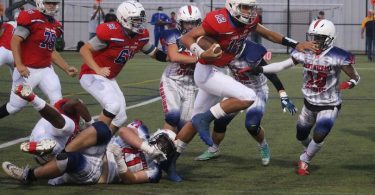 For two and a half quarters, the defending VISAA Division III state champions St. Michael...