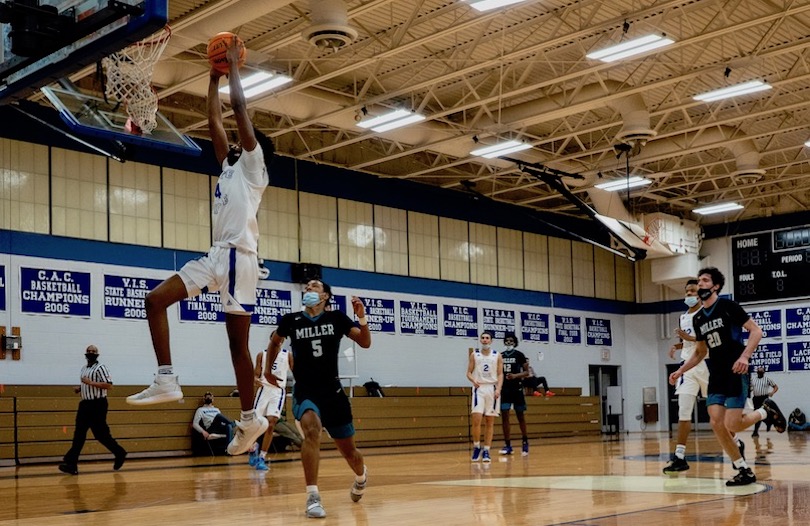 Blue Ridge and Miller may have had to wait much longer than usual to play one another, but Monday night’s defensive struggle was standard fare for a rivalry that has multiple meetings per year and pits two programs that know each other well.

Blue Ridge got the better of the Mavericks for the sixth-straight time, winning 49-31 to stay unbeaten, moving to 11-0 on the year.

“It was a bad start but once we started getting going, we started making shots and momentum started going our way,” said Blue Ridge’s Derrick Jones. “We just had to make shots.”

Those shots came in the second half, where Jones in particular got going against the Miller zone, scoring 16 points to go with five boards and two steals. Jones helped the Barons shake out of a 19-point first half that prevented the Barons from taking advantage of a sterling first half defensive effort that held Miller to just nine points before the break.

“They deserve a ton of credit — we knew how good they are defensively,” said Miller coach Jack Meriwether. “I thought we were sloppy (but) I think they’re good and it’s hard to run good offense against good teams.”

Maliq Brown is a big reason why things were so tough on the Mavericks. Brown had 11 points but the big man also dished out six assists and nabbed five steals on the defensive end where he marked Clarence Rupert and managed to hold the Mavericks’ leading scorer to six points, 10 off his average.

“(Brown) was this way here last year too,” Meriwether said. “Offensively, he’s a ‘mirror’ player — he shows you where you’re weak. He can guard guards, he can guard bigs and offensively he just knows his role, he just doesn’t take bad shots.”

With Brown and Jones clicking after the break, Blue Ridge found a way to again overcome the absence of Michael Gray, the George Mason signee and reigning state player of the year who’s still out with an injury. Miller’s zone makes it challenging, but Gray is so experienced and capable of making plays when things break down and the play doesn’t work, which happens a lot against a zone as stingy as what the Mavericks have been most of this season.

“Hats off to Miller School, that zone they play, the whole goal is to make the game ugly but we expected that and there were times where we got good shots but they didn’t fall,” said Blue Ridge coach Cade Lemcke. “We just have to be more instinctual and just play, but we made enough of those plays.”

Defensively, the Barons’ guards managed to keep T.K. Bryant and Jacob Rice largely in check as Bryant had 11 points he had to work for and Rice had 13 that similarly came the hard way. Walker came off the bench and notched three steals to go with eight points while Kobe Jerome dished out five assists, grabbed six boards and had a pair of steals.

Houston Emory finished with three blocks as the last line of defense for the Barons and also had nine points and six boards.

Both squads are slated to play in next week’s VISAA Invitational, with the Barons as the No. 1 seed in Division II and the Mavericks as the No. 3 seed. Quarterfinals are next Tuesday. 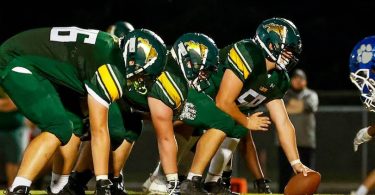 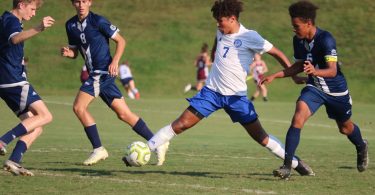 Outside of a blowout loss at the hands of Woodberry Forest, the No. 3-ranked squad in the state...