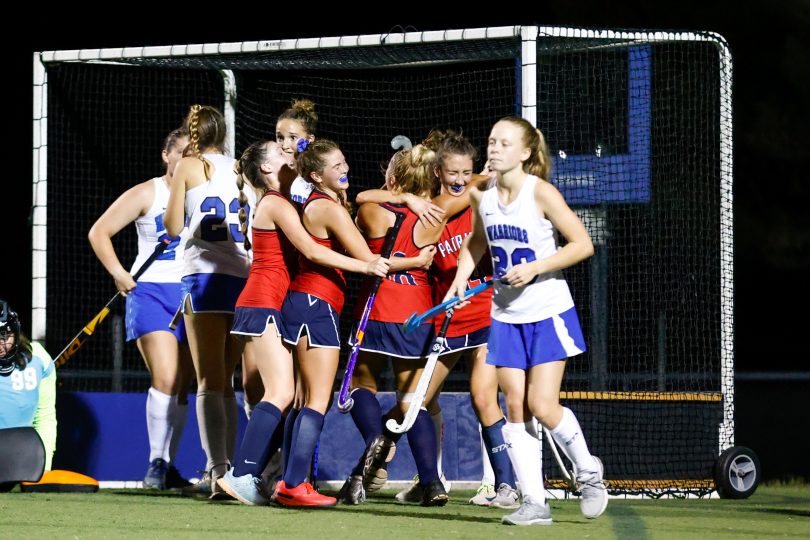 Down a goal at the half, Albemarle field hockey had to turn things around against Western Albemarle in the second half or they risked the end of an unbeaten run to start the season.

“At halftime I told the girls, you pick your lineup, you figure it out, you tell me what you want to do,” said Albemarle coach Brittany McElheny. “That’s when they kind of took ownership and came out in the third quarter ready to go.”

The Patriots figured it out, reeling off three second half goals to erase that halftime deficit and pick up a crucial 3-1 win over Western Albemarle, moving to 12-0 on the year and completing a hard-earned sweep of their cross-county rivals.

“It was really big, especially being against Western, we just wanted to come out and win it again,” said Albemarle freshman Kenzie King.

The equalizer for the Patriots came from Kaley Maynard with 1:39 to go in the third quarter. The go-ahead goal shortly after that when Caroline Hughlett let rip a blast from the left side off a corner opportunity. Hughlett was in her first game back from a hamstring injury and could only play in five minute spurts. She made the most of those spurts.

“It was kind of unexpected, she’s recovering, she really couldn’t run,” McElheny said. “It was nice to utilize her on a corner when we couldn’t take advantage of what she normally brings to the field for us.”

Josie Martin then tacked on an insurance goal early in the fourth, rounding out an incredible charge by the Patriots.

King had a monster game for the Patriots in the middle, spearheading a defensive effort that locked up the Warriors most of the night.

“She does not stop, there is no off and there is no slow in her,” McElheny said. “She held that middle down — Western is a very strong offensive team and she was coming up with blocks and was able to carry quite a ways up the field and even generated quite a few shots for us.”

Western, who’d played fantastic hockey in the first half with a goal from Khaki Harris the difference maker at the break, couldn’t find an answer once the Patriots got going.

“We have Sophie (Lanahan) and Mallory’s (Greene) great leadership and we have a slew of players who can come off the bench and add momentum to the game,” said Western coach Krissi Dawson. “We had a few mishaps but overall, an amazing game, both teams played so hard.”

Maynard, Hannah Rodgers and Eavan Driscoll were all credited with assists on the goals for the Patriots. Albemarle ran up 16 shots on the night on the offensive end, with that barrage eventually breaking through in the third.

The Patriots are now in strong position to repeat as Jefferson District champions, but they face a pair of challenging games now in the next six days with Charlottesville Thursday and Brooke Point Monday. The Warriors will travel to take on Louisa County Thursday. 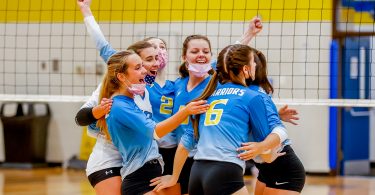 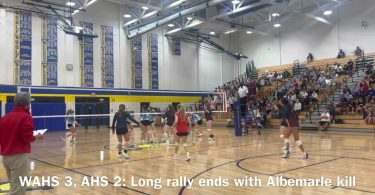