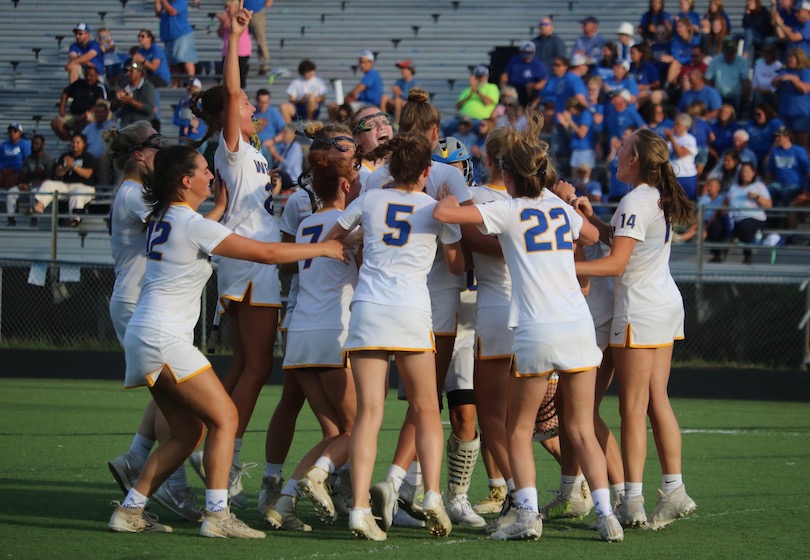 Even after scoring goals, the Warriors were grouping up, trying to sort out what they needed to do to counteract a Rockbridge approach that had led to a slow start — by Western’s own admittedly lofty standards.

“When they play a backer zone like that, that means they’re going to be super tight on pressure and I think we adapted really well,” said Western senior Mattie Shearer.

Western definitely adapted well and they got rolling in a big way, beating Rockbridge 17-7 to advance to the state championship game for the second time in a row and the third time in six years.

The Warriors will face Dominion in the championship, the squad that beat them back in 2019 15-11 in a rain-soaked clash in Salem.

“I’ve been waiting for this moment since two years ago when we lost,” Shearer said. “It’s awesome that we get to redeem ourselves in the state championship, we’ve been working for this all during the offseason, every day we’ve been training, it’s awesome to get this team win and be together again.”

To get there, the Warriors shook off that slow start to build an 8-5 halftime lead on the strength of a three-goal run by Mallory Greene in the later stages of the first half. Greene finished with five goals and the Warriors were actually down 5-4 before Greene got cooking and Western didn’t lose control of the game after that run. Lanahan distributed all game long with five assists to go with her two goals

It helped that run of course that Shearer was dominant on the draw throughout the game, hauling in 12 draws to help spark Western to a 19-3 advantage on the draw over the Wildcats.

“At first we were a little bit nervous because of all the pressure but we started to move the ball and the cuts were open,” Shearer said. “Then we capitalized.”

The Warriors also had more balance than usual with freshman Reeve Goldstein stepping up in a huge way with a hat trick, with all three goals coming after the half in a breakout performance that helped Western close the door on Rockbridge.

“We’re like a big family, we’ve all been working to get to this spot and we knew we could if we put the work in and we did,” Goldstein said.

Getting a sizeable contribution from Goldstein and fellow freshman Katie Alhusen, who had a pair of assists, was critical.

“They put in a lot of work and it’s awesome to see that that work has paid off,” Shearer said. “For them to score these big goals and help us win is tremendous.”

Western’s defense clamped down on Rockbridge in the second half, holding the Wildcats to just two goals in the second half, and they got a big boost from Western’s attack and midfield on the ride as they repeatedly forced turnovers by Rockbridge in the midfield. That, combined with the offense being in attack mode was enough to vault the Warriors back into the state title game.

“We are ready to get back in there and play so hard and win a ring,” Carbo said. 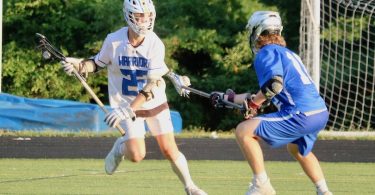 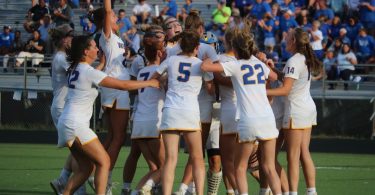