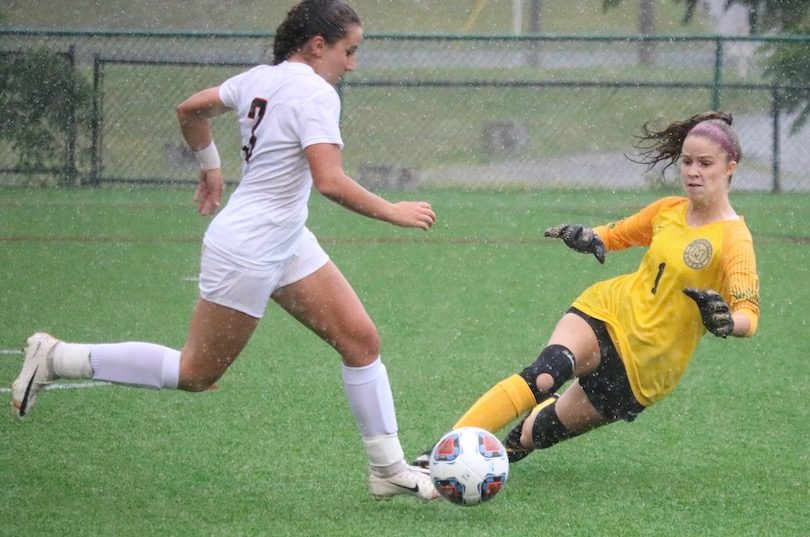 Monticello’s girls soccer team did everything it could to limit Brentsville’s chances, playing top notch defense while winning the possession game.

“Soccer is a weird game, Brentsville had four shots,” said Monticello coach Thomas Warren. “Sometimes unfortunately, I think the team that shows they can play is not necessarily the one that’s going to win.”

The Mustangs went down 2-0 on goals by Madison Fitzpatrick and Catherine Forst. Brentsville leans on a combination of a small core of seniors and a slew of talented young players to get the job done, and Forst’s senior leadership and understanding of what it took in the state final four — the Tigers advanced to the final a year ago and lost to Western — made a difference for Brentsville.

“She’s phenomenal in the air and she never gets rattled,” said Brentsville coach Sonny Barrickman. “Her confidence helps us.”

Monticello broke through with a goal from Cami Hoke with just 8:20 left to play in the first half, setting the stage for a comeback in the second half. But the Mustangs simply couldn’t find the back of the net after the break despite doing an excellent job of creating chance after chance and Forst extended the lead to 3-1 early in the second half to increase the pressure.

The Mustangs won a Region 3C title over Western and edged Lord Botetourt in the program’s first home state tournament game in the quarterfinals, continuing a steady build the last few years. Seniors like Hoke and Ariana Hernandez will certainly be missed, but a strong young core is slated to return for the Mustangs.

Brentsville, meanwhile, advances to the state title match to get another shot at Western Albemarle after falling a year ago.

“Getting to the semis in this bracket is an amazing task,” Barrickman said. “I don’t know if that’s what you want to do, is play Western, because they’re a phenomenal team.”