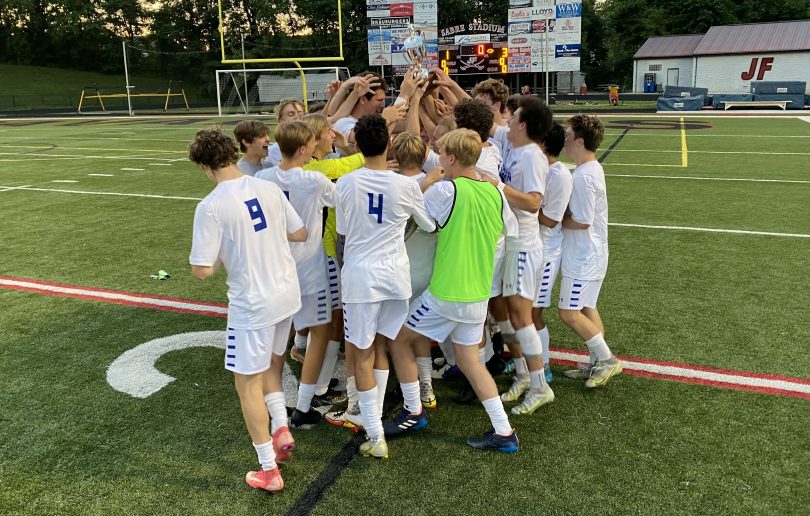 Specifically, this one win did not come easily.

First they had to adapt to the fact that the game actually started on Thursday before weather interrupted the game with seven minutes left in the first half with the score tied 1-1 which meant a second bus ride.

Then they had to adapt to an injury to co-Jefferson District player of the year, Sam Vigilante, the Warriors’ Princeton-bound midfielder.

Then it was head coach Milo Oakland getting sick and not being able to make the trip, pressing assistant Michael Nafziger into the head coach spot for the night.

Oh, and throw in graduation Friday night for the squad’s seniors.

Stack all that up and it’s hard to believe that Western got the job done Saturday, with goals from Alex Keeton, Jamey Williamson and Daniel Sanchez sparking the Warriors to the victory. Keeton and Connor Spano notched assists in the win.

The Warriors will now face Millbrook in the Class 4 state quarterfinals Tuesday at 6 p.m.