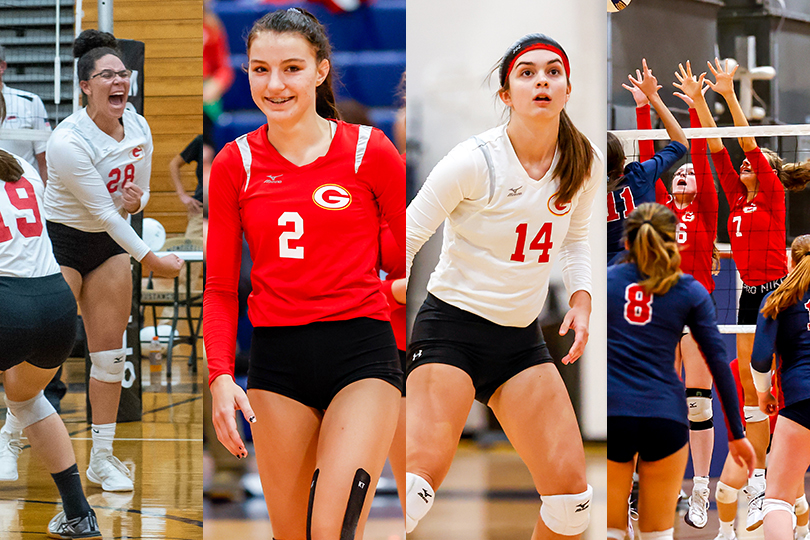 There’s no reason to mince words about it now that Goochland volleyball is in the Jefferson District, but the last few years, when the Bulldogs were in the James River, their district titles seemed inevitable. The regular season was more of a march, a slow-rolling coronation of the Bulldogs as district champion.

That’s a big reason why this year, the Jefferson District was a jolt to the system.

“It was a real shock to us in the beginning, we’ve always been number one in the district, our games have been pretty simple for us,” said senior Audrey Dolan.

The Bulldogs, coached by Rachel Jacobsen, finished fifth this fall behind Albemarle, Western Albemarle, Fluvanna County and Monticello. Instead of entering the postseason with a gaudy record as they usually do, the Bulldogs came in a little battered. But with the right mindset, battered can become battle-tested pretty quickly and that’s exactly what has happened with the Bulldogs.

“Playing better teams (every week) really helped our mentality,” said Goochland junior Nicole Brown who had eight kills in the Bulldogs’ region championship game win over Warren County and was an honorable mention All-JD pick. “We realized we’re not always going to win, we’re not always going to be the top dog, but we can always strive to be our best selves which really helped us in the last game.”

Goochland embraced the challenge, and they’ve been better for it. Now they’re one of the last teams left still standing in the state, playing a Class 3 state quarterfinal match against York Saturday night at 6 p.m.

For the Bulldogs to strive to be their best selves as Brown so aptly put it, they’ve embraced positive. Relentless, unending positivity. With all of volleyball’s momentum swings, lead changes and just the sheer volume of points contested, positivity has driven most of the best teams the area has produced. You have to stay up, you have to stay excited, no matter what has just happened. 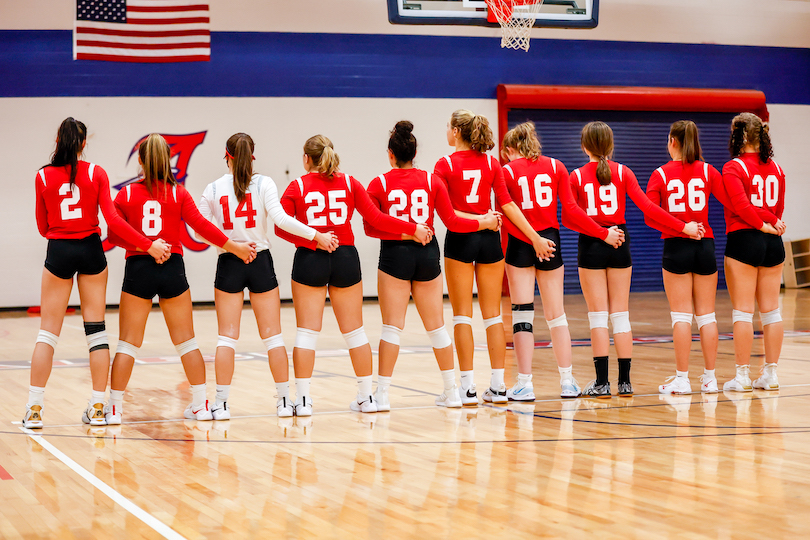 That’s certainly how the Bulldogs rallied from down two games to start the Region 3B championship game against Warren County on the road.

“I think we just kept our energy up the entire time,” said senior Jasmine Price. “We fed off of their student section and we used it to our advantage and we stayed hype. We stayed positive pretty much the entire time even though we were down and I think that’s why we came out on top.”

They also leaned on their communication in that thriller in addition to first team All-Jefferson District selection Nova Wonderling’s 22 kills. Down 2-0, they went to work, playing the brand of volleyball that has now helped them win two of the last three Region 3B championships with a little extra seasoning thrown in from running the Jefferson District gauntlet.

“Once we lost the first and second set, we kind of agreed and realized as a team that we needed to work together to win — that it wasn’t individual,” said senior Audrey Dolan.

The Bulldogs showed improvement throughout their first year in the Jefferson District, avenging a 3-1 loss to Monticello in mid September with a 3-1 victory in mid October. They were certainly better for those battles and it showed in that win over Warren.

“Even when we lost a point, we cheered each other on,” said honorable mention All-Jefferson District pick Layla Ford. “We fed off of everyone else’s energy.”

That comes in part from the closeness and leadership that the Bulldogs have built over time with five seniors and four juniors leading the way including Wonderling, a do-it-all foundational building block and second team All-JD picks Blair Bussels and Nina Smith. They’ve been through a lot over the last few years, pandemic included.

If you’re constantly lifting one another up, there’s no time to intentionally or accidentally knock each other down, so everyone rises together.

At some point, with continued focus, work and improvement, the Bulldogs could get back to being in the mix for district titles in the Jefferson District. But for now, they’ve got a state title to compete for, and that journey takes the next step Saturday night against York.

“This season was really special for us, especially moving up in a district and playing all these hard teams,” Laura Lee Baldwin said. “We really got to come together, work together and uplift each other.”

If the Bulldogs can find a way past York, they can keep that positivity rolling right into the state final four. 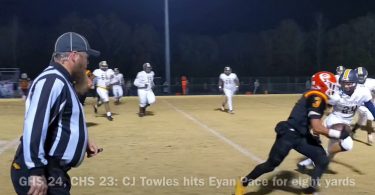