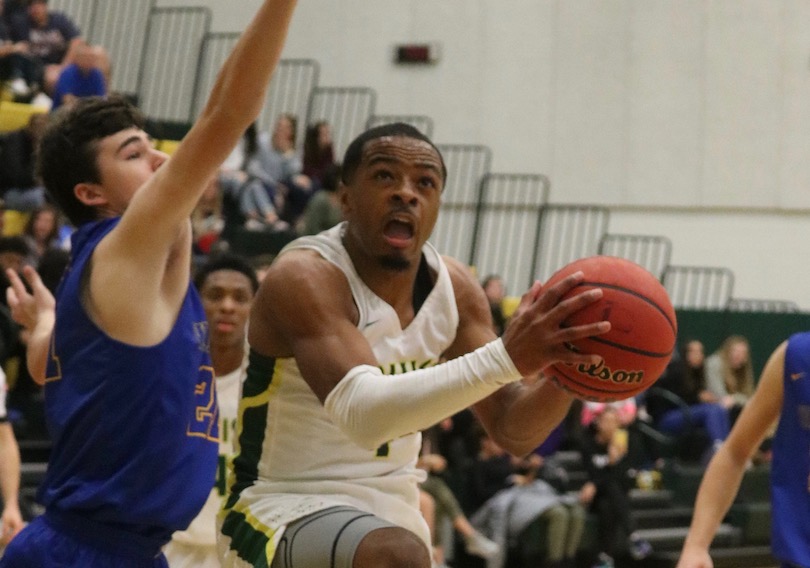 Louisa County boys basketball’s Buck Hunter couldn’t exactly find his stroke Friday night. But he did the little things to give the Lions a win. A sharp pass here, a pep talk to Mahlik Munnerlynn there. Hunter found a way to impact the game in a number of different ways when his shots just weren’t falling.

All the while Hunter stayed confident, and buried one of the biggest shots of the night with just over three minutes to play that tied the game as the Lions rallied from nine points down to beat Western Albemarle 52-51.

“I was wide open and I was like I’ve got to sink this, I keep missing these but I just stuck to my shot,” Hunter said. “Whenever I’m shooting bad, I know I’ve got to do something else. But I just did what I do, and kept shooting.”

Western, forced into a bad spot by school weather delays with having to take on the Lions just 24 hours after another physically taxing matchup with Charlottesville, built a sizeable lead 32-22 lead by halftime. The Warriors then withstood a spurt right out of the locker room in the third and re-built that lead into a 45-36 advantage heading into the fourth, with Tommy Mangrum scoring nine of his 22 points in the third.

“We were put in a horrible place to play these two games back-to-back and I’m really proud of my group,” said Western coach Darren Maynard. “You can’t do more than that, we did everything but win.”

While Western kept extending and re-extending the lead, Jarett Hunter put the Lions on his back, scoring 20 points including four first quarter 3-pointers that prevented the Warriors from running away with the game early.

“We’ve got a group of guys that have been in games like this, they’ve played in big games, in all types of atmospheres,” said Louisa coach Robert Shelton. “They’re battled tested and they don’t give up.”

Then with the Warriors running out of gas, Louisa struck, with Buck Hunter tying the game at 45-45 before Munnerlynn, who’d been just a touch off in the first half along with Hunter, knocked down the go-ahead three with 2:29 to play.

“I know how he is in big games, so I was just like be calm, do what you do, play good defense and shots will come,” Hunter said.

They did come for both of them, and Munnerlynn’s gave Louisa a 48-45 lead they refused to relinquish.

Western didn’t go quietly, with Andrew Shifflett coming up with a steal and feed to Mangrum to cut the Louisa lead to 50-49 with 1:07 left. Buck Hunter then hit a pair of free throws with 23 seconds left and gave the Lions a 52-49 advantage. Western couldn’t knock down a three and then Riley Prichard hit a fadeaway putback and didn’t manage to draw a foul call as time expired — Haywood and Hunter were the nearest defenders and didn’t challenge the shot.

Shifflett had seven assists to go with eight points. Prichard finished with 10 points.

Isaac Haywood finished with 14 points for the Lions, including a strong second quarter stretch where he went to work on the inside and scored six of his 14.

The Lions travel to take on Patrick Henry Monday night while Western will get a break until Wednesday night when they host Fluvanna County. 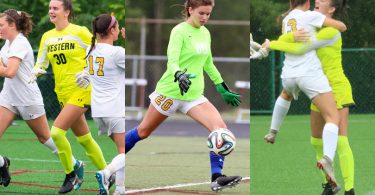