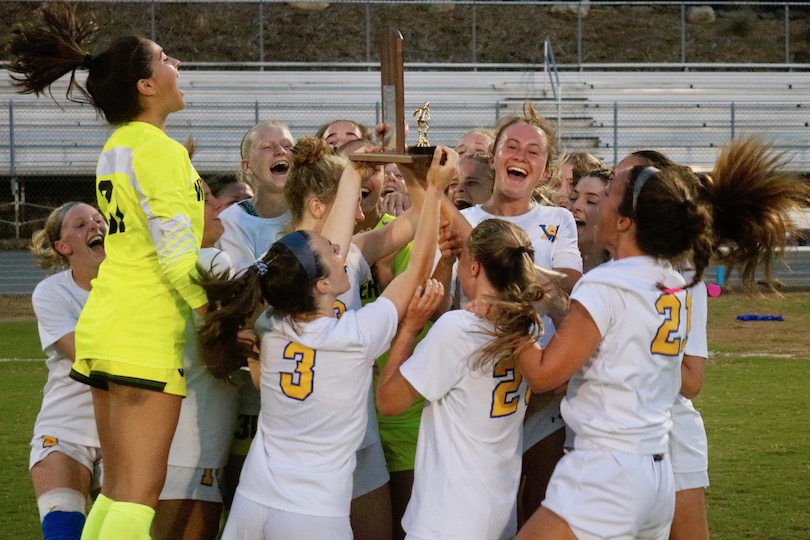 Fort Defiance’s Ellie Cook has regularly posted hat tricks this season, putting together a huge spring of offense as the Indians secured the No. 1 seed in the Region 3C tournament.

Western Albemarle had an answer for that — left back Cat Domecq.

“They had a great offensive player and together as a team we were able to communicate and get the job done,” Domecq said. “We prepared to make sure she couldn’t turn.”

Domecq marked Cook throughout the majority of Friday night’s Region 3C title game before the win wasn’t in doubt and the Western offense got going in a big way with goals from Kayla Howell, Ellie Cox and Gabi Andres in the first half.

“It’s great representing our school and the Central Virginia and potentially getting that title,” said Western senior Kelly Rogers. “As soon as we got that first goal we ramped it up and continued to play intense.”

The Indians struggled to create chances and the few times they briefly bubbled up, Domecq and the rest of the defense including Nicole Bilchick, Emily Mandell, Natalie Johnson and Emma Johnston just erased the majority of them. The most dangerous threat came early in the second half with Fort Defiance already down three, and after a stop in front of the goal, it quickly turned into a counter with freshman Phebe Ryan finishing for one of her two second half goals on the other end.

The Warriors’ stout defense helped create a lot of that offense.

“I think our team did a great job connecting today,” Domecq said. “We work hard to keep our team upbeat and I think that helped us a lot.”

Western got on the board first in the chaos shortly after a corner when Ellie Cox blasted home a shot after a shot by Kelly Rogers ricocheted off Reese Mattern and went right back to Cox who one-timed it past the keeper. Then Gabi Andres made it 2-0 by setting up her defender before a quick chip to her left followed by a blast past the keeper. Then Kayla Howell unleashed a missile from way outside just a couple of minutes later that found the back of the net.

With the defense locked in, that was more than enough scoring for the Warriors to pick up the win and prolong their season.

Now Western gets a proper chance to defend its Class 3 state title from 2019, the last time the event was held. They’ll travel to Hidden Valley for the state semifinals on Monday at 7 p.m. 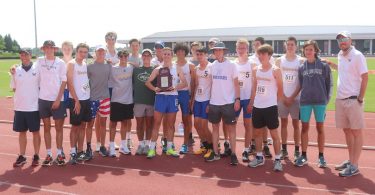 Every single year, Western Albemarle has the distance runners to make an outdoor track and field...