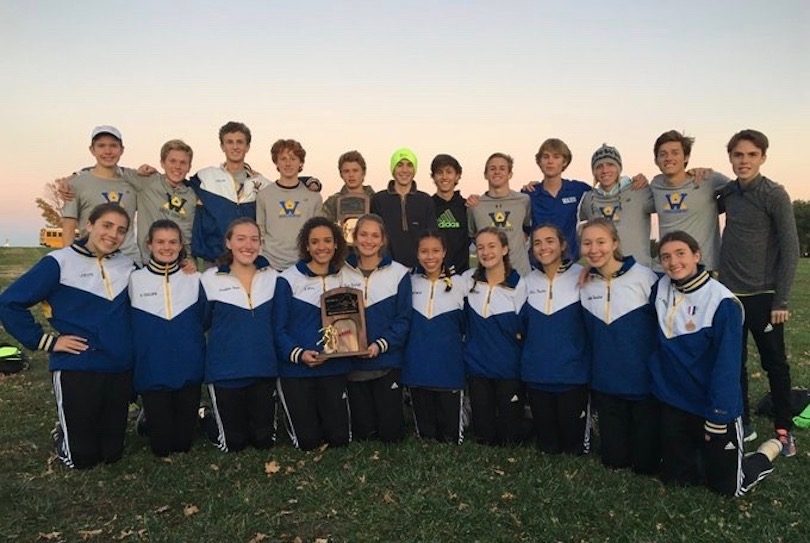 Western Albemarle boys and girls cross country teams didn’t have much familiarity with the Rockingham County Fairgrounds course that was the site of the Region 3C race.

That lack of familiarity didn’t matter at all as the Warriors rolled to a girls and boys sweep of the Region 3C titles with a pair of dominant performances.

The Western boys were essentially perfect, sweeping the top five spots and No. 6 and No. 7 for good measure to beat runner-up Fort Defiance by 87 points. Jack Eliason led that pack of Western runners with a time of 15:44.8 to take home the individual championship. Stuart Terrill took the runner-up slot, Joseph Taylor finished third, Joe Hawkes took fourth and Will Bonner was fifth. Thomas Kallen and Owen Shifflett finished sixth and eighth respectively. All seven Western runners finished within a minute of each other with Shifflett clocking in at 16:42.9 to round out the pack.

“We worked together the whole time and executed during our race,” Eliason said. “We’re just hoping we can keep it going.”

Keeping it going means trying to repeat a similarly dominant finish at the state meet on November 16 in Salem. While Cave Spring and Christiansburg are certainly threats, the Warriors appear as a team to be peaking at the right time.

The Western girls rolled to a title too, outpacing runner-up Liberty Christian Academy with 35 points to the Bulldogs’ 83. Sterling Hull set the pace with a 19:26.8 to win the individual region championship. Hull and company adopted a pretty specific approach to the course that helped them close well in the second half of the race.

“We had a plan to go out pretty conservative because it has a hefty hill at the beginning and it’s downhill later and we wanted to use that,” Hull said.

Hull also recently committed to James Madison University to run next year, another step in her steady rise in the sport. Hull has consistently improved in her time at Western and that hard work paid off in a spot in James Madison’s program that recently finished fourth in the Colonial Athletic Association championships.

“I felt a connection with the program and I’ve heard really good things from my coaches and my former teammate Averi Witt who’s there now,” Hull said.

The plan to ease into Wednesday’s race paid off for the rest of the Western team too as the Warriors’ top three runners stuck together. Jenna Stutzman and Kate Ratcliffe weren’t far behind Hull with fourth and fifth place finishes. Stuzman, a sophomore, clocked in at 20:01.2 and Ratcliffe, a junior, crossed at 20:02.6.

“Jenna Stutzman and Kate Ratcliffe raced amazing as well and the rest of the top seven felt great,” Hull said. “I think we executed the plan really well.”

Jackie Neilon finished 13th while Charlotte Thomas-Clarke took 23rd to round out the Warriors’ top five. Jordan Stone’s 24th place and Ella Taylor’s 32nd. If Stone and Taylor’s scores had been the final two scores for the Warriors, Western still would’ve won the title easily.

Now the Western girls turn their attention to the state meet on November 16, a flatter course than the region meet and a place where both Western teams could find themselves on top of the podium again.

Smeds took third individually behind Western’s Hull and Charlottesville freshman Penelope Tingley. Kika Van der Pluijm took 14th for the Black Knights too while Caroline Wilson finished 18th for Monticello to round out the locals in the top 20.

On the boys side, Monticello finished sixth as a team and Charlottesville took seventh. Monticello senior Will Krehmeyer took seventh individually to break up the wave of Western Albemarle runners that dominated the top 10. The Mustangs’ Hunter Ray was 13th overall while Charlottesville’s Reece McKee took 14th and Edison Tennant took 24th.