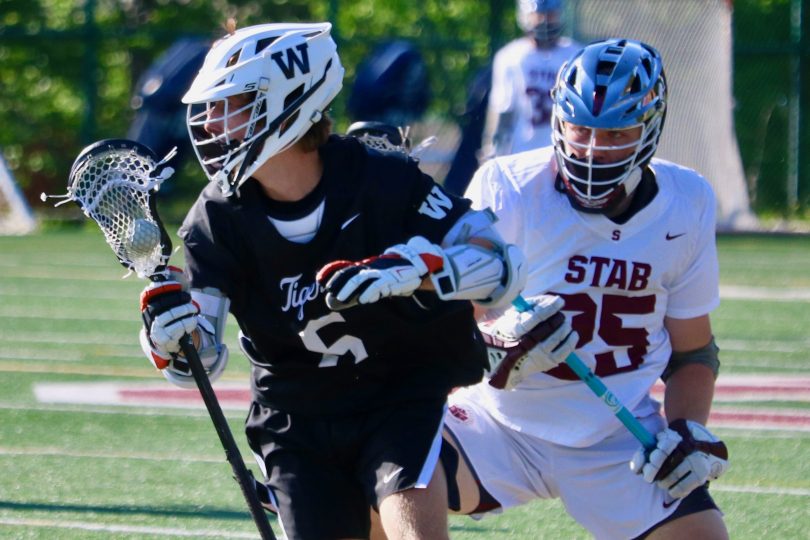 Woodberry Forest boys lacrosse knows where its strength lies, and when your experience and strength lies on defense, you’re likely going to have to grind out some wins the hard way.

“Gritty is probably the best way to describe our team,” said Woodberry coach Michael Leahy. “We kind of lead on the defensive end of the field and try to pick up a couple of goals in transition.”

The Tigers were gritty Friday afternoon in a 6-4 win over St. Anne’s-Belfield, their first victory over the Saints in eight years. They got there with a strong defensive effort and Wyatt Martin’s goaltending. Martin had 11 saves and backed up that senior-laden defensive group.

“We’ve tended to play up and down with our competition this year and for the most part they’ve all been pretty close games,” Leahy said. “It helps that we’ve got three seniors anchoring that unit and a fourth that can play just about anywhere in Jay O’Keefe. It’s an older group and I think that shows when we’re out there.”

Woodberry’s offense did enough to make sure the Tigers cashed in on that defensive effort, with Smith Callaghan and Ben Monroe each scoring twice while Dawson Chitwood and Nick Reynolds scored a goal each. Callaghan, Reynolds and Noah Neijna had one assist a piece and Reynolds added a team-high five ground balls.

The Tigers built a 3-1 halftime lead but STAB found a rhythm during the third quarter to cut the Tigers’ lead to 4-3, but Woodberry got back in gear with Chitwood and Monroe scoring. Then in the fourth, the defense took over and held up against a critical man-up chance that STAB couldn’t cash in on.

The Tigers’ effort on ground balls at every level from attack to defense was critical because there were a lot of them. O’Keefe picked up four while John Meeks, Connor Lessesane and Rory Doolan each picked up three.

The Tigers had to grind it out on ground balls as STAB largely matched the Tigers’ grit with an improved defensive performance and a sterling effort in the cage from Jago Gould. The offense struggled with the loss of what is now three of its top offensive performers as Timmy Myers, Nick Musi and Pierre Reeves are all out with injuries over the last couple of weeks.

“It was a tough game, they played well,” said STAB coach Bo Perriello. “We felt like our defense played really well and (so did) our goalie, we just couldn’t get the offense going.”

The Saints will face Blue Ridge at home Monday afternoon while Woodberry faces a quick turnaround with Episcopal Saturday. 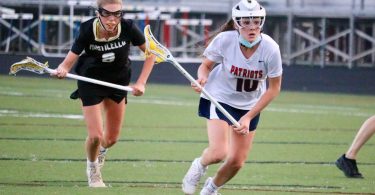 Albemarle’s girls lacrosse team got off to a slow start. Or maybe Monticello’s young crew...