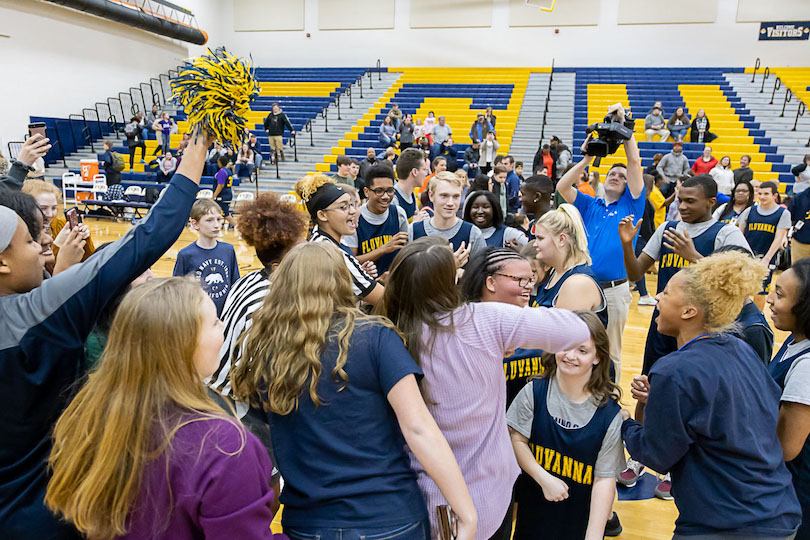 With the school’s first Medford League basketball game to be held at night looming back in January, one of Fluvanna County teacher Nick Ward’s students was looking out the window during school dismissal.

“He said ‘they’re all going home and we’re going out to eat just like the regular basketball team does,” Ward said. “It means a lot to them.”

That’s because at Fluvanna, Ward’s students and the school’s other students within the ASOL (Aligned Standards of Learning) program are part of the team, an integral part of the school community. That fact was recognized earlier this year by the Special Olympics National School Recognition program when Fluvanna County was named a National Banner Unified Champion School, a designation held by only seven other high schools in the state. It’s the first time that a local high school has earned Banner status.

“I tell people all the time, we look around the state of Virginia and all the schools out there that you’re not going to find better kids than in Fluvanna,” Ward said. “(Earning that designation) takes all 1,500 kids here participating and being active and coming together as one school.”

First through Fluvanna’s Unified Sports program and then through the embrace of ASOL students by the school’s SOL-track students, Fluvanna has been developed into a model of inclusion learning across their programs and within the life of the school. The school’s ASOL team of Amy McCauley, Bob Peake, Victoria Harris, Adel Scarborough, Dorothy Adams, Cameron Wilmer and Ward helped make that happen. 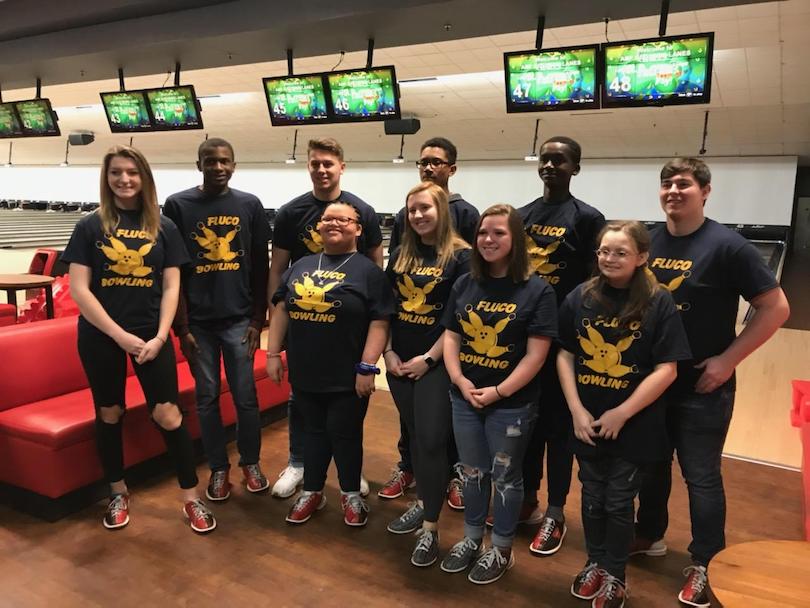 “There are 10 criteria that each school needs to meet,” said Special Olympics Shenandoah Region Senior Director Daniel Leake. “The hardest are that each school must offer three different Unified sports. It shows the community that they are progressive in inclusion for all students. There are several other local schools that could reach the Banner School status, and Fluvanna High can be the example.”

Fluvanna offers track and field, basketball and bowling as its three unified sports programs. The basketball team got off the ground in 2015 with Ward spearheading that movement. It was roundly embraced by the general student population, and took another step forward back in January with the program’s first night game against Orange County, a raucous affair with a band and a packed crowd, with students serving as referees for their fellow students with differing abilities.

“I loved our night game because everyone came to watch us play,” said Fluvanna student Lizzie Williams. “I like basketball the best because it is fun and you get to play with your teammates. I go to a lot of the boys and girls basketball games and to get to put a jersey on and play like them with my other friends working my games and playing with us unified together is a lot of fun.” 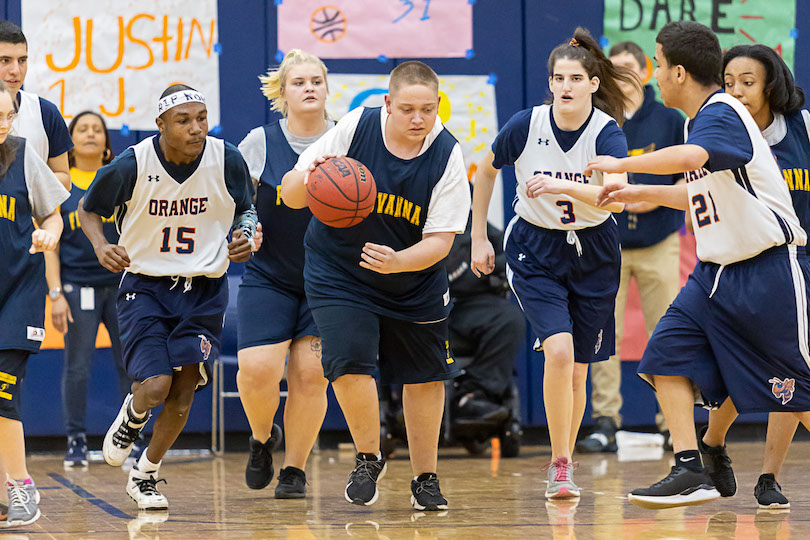 Refereeing and band appearances are just the tip of the iceberg. Fluvanna teacher and assistant athletic director Darren McCauley’s business and marketing class did all the marketing and promotion for the night game. Organizations like the Student Government Association work hand-in-hand with ASOL-track students on fundraisers that help fuel the Unified sports programs and a prom for the ASOL students, giving students like senior John Boy Rittenhouse who helped out with the Medford games the chance to build lasting relationships.

“It meant a lot to me — I’m close with a lot of the kids in that class, they hang out with us,” said Rittenhouse, who plays baseball and basketball for the Flucos. “It makes me a lot better as a person, they bring me so much joy. If I’m having a bad day they’ll give me a hug, they cheer you up. I love them to death.”

Working hand-in-hand has created a special relationship between the ASOL students and the SOL track students at Fluvanna. With school starting last week, students virtually in one class asked their teacher to head to Ward’s classroom where he’s got a number of in-person students. They wanted to talk with and see their friends in Ward’s class, connect with them for a few moments. Those bonds have led to ASOL students participating in the school’s varsity sports programs like Jackson Harris in baseball, Aaliyah Lewis in softball and Kelcie Edmonds in cheerleading. It has helped foster bonds like Rittenhouse’s with Williams and Lewis and highlight and enhance Edmonds’ relationship with her brother Kobe, a standout quarterback and basketball player for the Flucos. Getting to cheer her on in the Medford basketball games meant the world to everyone involved.

“I love Kelcie to death too — she’s at all our basketball games too,” Rittenhouse said. “There’s people out there that don’t treat them the best and I like to be there and stand up for them. I really hope we get to go back to school in person so I can keep supporting them.”

That says a lot — a senior with so many other concerns and questions about his final year in high school wants to get back to school to support classmates, to support friends. That’s a special environment, a special community.

“Yes we’re in a different classroom but we’re all Fluvanna — that’s something that makes this place special,” Ward said. “You have to be different in order to be a Banner School and we’re definitely different.” 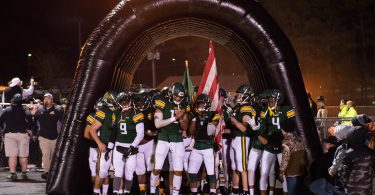 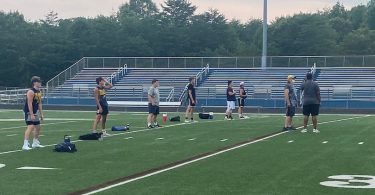