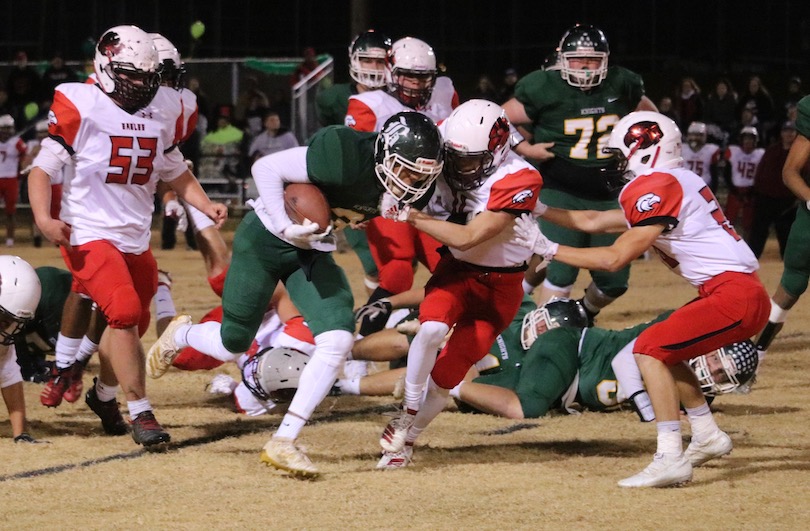 Only five seniors remain in the Class of 2020 for Buckingham County’s football team. Five of many in that class that endured a 2-8 campaign as freshmen and a coaching transition two years ago. They endured unthinkably bad times for a proud program and stuck with the Knights, four of them starting both ways while helping second year head coach Seth Wilkerson right the ship.

“We’ve been able to turn this thing around and have a great season with just five seniors — they helped turn the whole thing around,” Wilkerson said.

Those five players’ high school careers ended Friday night in a 41-17 Region 2B semifinal loss to East Rockingham, a program that caught fire at the right time this season and has rode it into a region 2B championship game appearance. It’s not exactly clear how the Eagles got on track and found its stride at the right time, but they certainly have.

“If you can put your finger on it or write a book about it, you’d probably make millions of dollars,” said East Rockingham coach Donnie Coleman. “They’re good young men and nobody ever wavered when we were 2-4, we stayed the course.”

Buckingham County, on the other hand, was just running out of bodies. Injuries stacked up during the clash with East Rockingham in the Region 2B semifinals in addition to the ones that limited the Knights coming into the game like the sports hernia Walter Edwards has somehow played through much of this season.

“(East Rockingham) is a good team, they made plays and things just didn’t work out for us,” Wilkerson said. “I’m just proud of the way my guys hung in there and fought, they played every down.”

The Eagles got the job done with a monster night from senior Trenton Morris who rushed for 279 yards including two long touchdowns and made the defensive play that turned the tide.

Buckingham got an early 29-yard touchdown from Xavian Gough as he broke through a cloud of East Rockingham defenders and powered into the endzone to even the game at 7-7. The Knights appeared set to tie the game midway through the third. The defense forced a fumble that Demonte Glover recovered on East Rockingham’s first drive, then hard running from Walter Edwards and Tae Toney got the ball inside the five. An end around toward the pylon suddenly went off the rails when Morris swept in and dislodged the ball with his shoulder at the two, sending it bounding into the endzone. The Eagles’ Logan Frye pounced on the ball near the back of the endzone it was ruled a touchback.

That’s when East Rockingham took control of the game with Morris ripping off a 53-yard touchdown a few plays later to push the lead to 21-7. Buckingham didn’t recover from that 14-point swing.

“We knew we had to come out strong,” Morris said. “We found the right moments and took over when we had to.”

From there, Nathan Rodriguez scored three touchdowns and rushed for 39 yards mostly in the second half to help the Eagles blow the game open. Tyce McNair had a first half touchdown run and Colton Dean picked up 57 yards on 11 touches. East Rockingham just seemed to step on the gas after recovering that fumble in the endzone and didn’t let off until putting on the reserves in the closing minutes.

The Eagles got the kind of start they were hoping for right out of the gate in the first half with the defense forcing at three and out and Morris getting loose for his first long touchdown run on East Rockingham’s first offensive play of the game, a 68-yard sprint around the left side.

“We started preparing for that on Monday, we have a vision for how we want the game to go and that’s a credit to the kids and their preparation,” Coleman said. “We felt like we belonged here and the kids prepared that way all week.”

The ground attack was locked in all night with Morris picking up solid blocking on the edge, allowing the Eagles to wear down the Knights who endured a series of injuries to key players like Demtrius Davis on top of being banged up coming into the game. It seemed each time Morris took off towards the sideline he picked up a key block and five or more yards. He wasn’t stopped for a loss on any of his 19 carries on the night.

Edwards, who has rushed for more than 4,500 yards in his career, finished the night with 44 yards while soldiering through a progressively worsened sports hernia. Toney led the Knights with 87 yards on 15 touches. Gough finished with 54 yards on the ground.

“I feel we’re getting Buckingham football back on track,” Wilkerson said.

The Eagles will take on No. 1-seeded Stuarts Draft in the Region 2B title game next week. 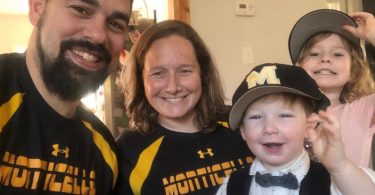