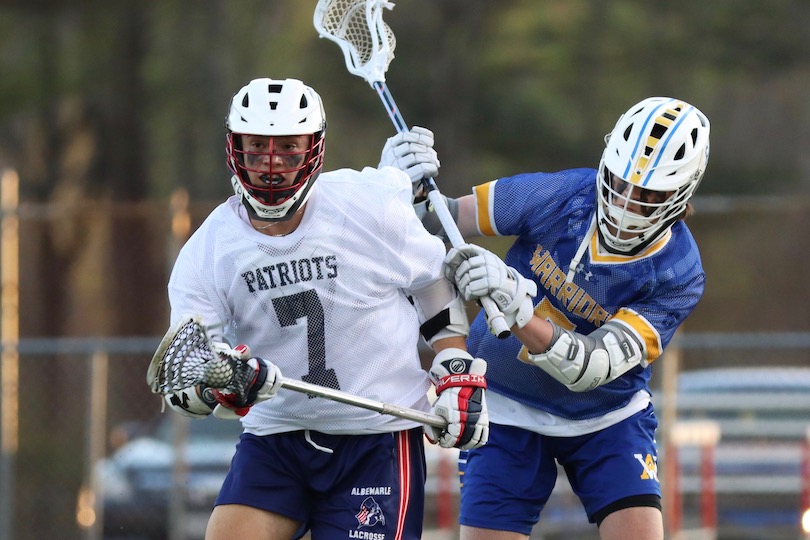 Albemarle’s boys lacrosse team has a lot of experienced pieces in the mix this year, but that’s no guarantee for success. An experienced group also has to be a cohesive unit.

You can check that box for the Patriots too.

“We have a big senior group and we’re really close so I think that helps us,” said Albemarle senior Ryan Katstra. “We have all these guys we can look back on — we have people we can win with and if we lose, we lose together. It’s not some senior blaming a freshman, it’s just a bunch of guys working to get better together.”

That mentality and chemistry has served the Patriots well so far and helped them stay grounded and focused Tuesday night in a huge rivalry clash with Western Albemarle. Albemarle fed two of those seniors, Katstra and Jake King offensively and clamped down on defense en route to a 9-4 victory over the Warriors.

King finished with five goals and an assist to lead the way for the Patriots and Katstra notched a hat trick and an assist to take care of the bulk of the Albemarle offense. The Albemarle offense seems to have found a groove and is evolving into a pretty efficient group that made the most of their chances – and the defense’s forced turnovers and saves – against the Warriors with Western winning 12 of the 16 faceoffs on the night.

“We struggled at first losing Nolan and Max Wooten but we got it going and these first six games, we’ve gotten better every game, so I’m excited to see what the future holds for us,” King said.

Albemarle senior keeper Aidan Taffe made 14 saves on the night, a huge performance to offset the Warriors’ advantage on the faceoff where Tyler Spano, who scored two of Western’s four goals, makes life tough on most any opponent. Kevin Myers also chipped in a goal and an assist for the Patriots while Brock Stroud, Ryder Miestrell, Cooper Hann and Owen Tighe each had assists.

“It’s just a testament to how close we are off the field that we were able to come out here and compete as a team at a high level,” said Albemarle’s Ryan Katstra. “It’s fun to be out here with a group of guys that you’ve been with since forever.”

The Albemarle boys will look to keep things rolling Friday at home against Salem while Western travels to Midlothian for a road test the same night. 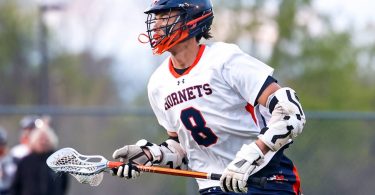