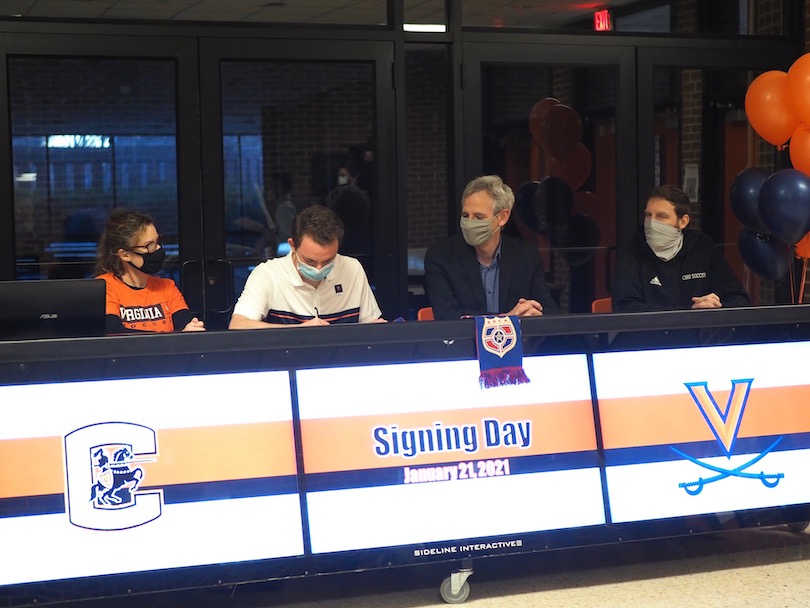 When you grow up essentially in the shadow of Klockner Stadium and you love soccer, playing for UVa’s men’s soccer team can pretty quickly become a dream. It has been that way for decades for thousands of young soccer players in Central Virginia.

In the last 10 years though, only three local stars have gotten a chance to suit up for the Cavaliers. Now, Charlottesville High’s Malcolm Brickhouse will join them.

“I’ve been going to games at Klockner since I was probably five years old and I’ve wanted to be out there,” Brickhouse said. “So I feel really lucky to have the chance to go do it.”

Brickhouse made things official with the Cavaliers Thursday, signing with UVa after committing to the Cavaliers back in the spring, just before the COVID-19 pandemic essentially shut down recruiting. Brickhouse feels pretty lucky to have gotten through a pretty stressful process under relatively normal circumstances.

“I know for juniors that I’ve talked to, I just can’t imagine how stressful it must be,” Brickhouse said. “They’re not even allowed to have coaches at their games yet, which I can’t imagine.”

The other three Charlottesville natives that have landed on a UVa men’s soccer roster in the last decade were Luc Fatton, Hayes Fountain and Ben Grant. Brickhouse earned second team All-State Class 4 honors as a sophomore while helping lead the Black Knights to a state championship. Brickhouse plays in the middle currently and that could help him find himself at any number of different positions for the Cavaliers. Heading to UVa though, in many ways, is accepting the challenge to try and prove yourself against the nation’s best in practice every day — getting on the field at UVa is an immense challenge.

Five total UVa players were picked in the MLS SuperDraft this week, the most of any college in the nation. More importantly perhaps though than the chance to test himself against the best the nation has to offer at the collegiate level, Brickhouse gets a chance to go to a school that will help him grow academically and find the right path.

“I am pretty studious — I don’t know what I want to study yet, but that’s what I liked about UVa, is that it’s a pretty well-rounded school,” Brickhouse said.

For now though, Brickhouse is looking forward to a condensed spring soccer season that he didn’t get to experience a year ago, coming together with another talented group of soccer players to try and defend the state title the program won back in 2019.

“I’m so excited, just getting back out there and having the chance to represent our school — I’m definitely really excited about it,” Brickhouse said. “Hopefully this year we can win another state championship.”

We’ll get to find out in the next couple of months. But for Brickhouse in particular, it’s nice to have his future planned and secure. Now he can focus on enjoying the present. 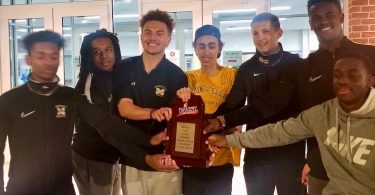 It was essentially a Central Virginia takeover Tuesday at the Class 3 state boys indoor... 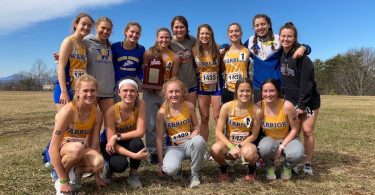