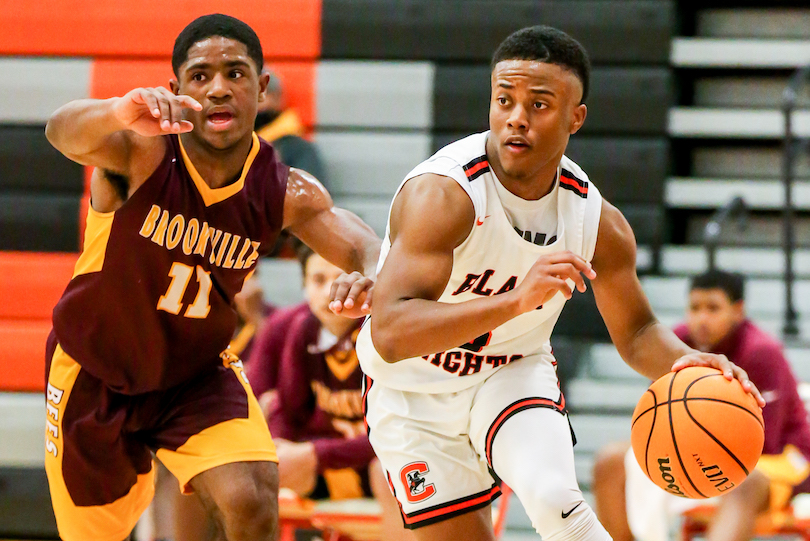 Zymir Faulkner scored the first 10 points of the game and Charlottesville’s boys basketball team never looked back as they handily defeated Brookville, 66-32, in the quarterfinals of the Region 3C tournament on Monday night.

The Black Knights dominated on both sides of the ball in the first half, holding Brookville scoreless for almost the entire first quarter. Faulkner scored on two free throws, a layup, and then back-to-back threes to give Charlottesville a 10-point cushion just over two minutes into the game.

“It felt good,” Faulkner said of his start. “I just came out way more aggressive than I usually start games. I know it’s regional play so I just got to go all out.”

On the defensive end, Charlottesville used their length and athleticism to swarm Brookville up and down the court whenever they had the ball. The Bees barely had any good looks on offense early in the game, as Charlottesville forced many turnovers and heavily contested most of Brookville’s shots.

The Black Knights ran out to an 18-0 lead before Brookville finally got on the scoreboard with a free throw with just 6.5 seconds left in the first quarter.

Faulkner scored 15 of his game-high 22 points in the first half.

“His play is always important,” Charlottesville coach Mitch Minor said of Faulkner. “He’s our leading scorer. We look for him to do that every night.”

Minor was honored before the game for recording his 400th victory. That win came in December of the 2019-2020 season, but Minor was grieving the death of his own mother at that time and then went through surgery this December, so the program delayed their celebration of his achievement until this game, his first home game of the 2021 season.

Charlottesville held a 29-5 lead at halftime.

Brookville was able to get its offense going in the second half, as they actually outscored Charlottesville 17-12 in the third quarter, much to the dismay of Minor.

“I thought that we let up,” Minor said. “They got 17 in one quarter because I think our defense wasn’t as intense and we didn’t run the court like we should. We can’t afford to slack off.”

Despite the scoring run, Brookville only got as close as 19 points in the second half, as Charlottesville continued to fire on all cylinders. Polo Hill scored seven of his 11 points in the third quarter, and Khishon Grey drained four three pointers in the fourth quarter. The Black Knights were able to substitute most of their bench into the game late, as they rolled to the 66-32 win.

“We feel like we can be one of the best teams in Virginia if we play our game,” Zymir Faulkner said after the victory. 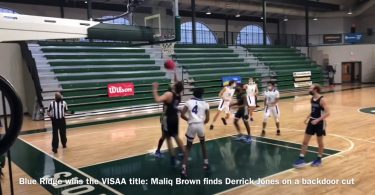 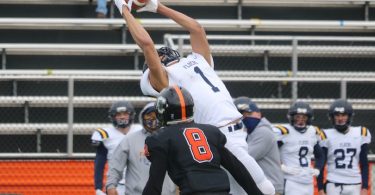