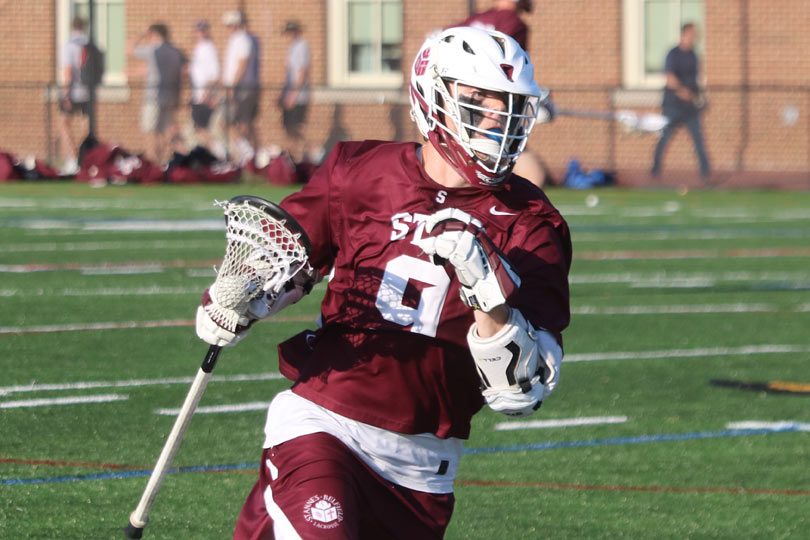 St. Anne’s-Belfield boys lacrosse’s Emmett Barger was sort of made for the situation he encountered at the United States U-19 men’s lacrosse tryouts in Maryland last week. After all, getting thrown into the fire with a wealth of talented players and carving out a role for himself is how Barger started his high school career.

At STAB he found his spot on a crowded Saints offense dominated by Phillip and Joe Robertson, Connor Shellenberger and Jack Schultz. Last week among the best U-19 players in the country, Notre Dame-bound Barger similarly found a role, bouncing between midfielder and his traditional high school home on attack to earn a spot in the tryout’s Top 50, putting him a step closer to potentially suiting up for Team USA.

“It was the most intense environment you can think of,” Barger said. “Everybody is an All-American, everybody is at the top of their class. I was able to show my athleticism and switched between attack and midfield. Being versatile showed them they can use me that way.”

The three-day event started with 104 players, so the cutdown to 50 puts Barger in the top half of that absurdly deep field. He now will face a second round of tryouts July 12-14 back at the U.S. Lacrosse facility in Maryland. From there, a 30-player training roster will be announced.

Stepping in at midfielder left Barger scrambling a bit early.

“I just had to get used to it — I got stuck out there on defense the first day, getting dodged on by Division I midfielders,” Barger said. “Then I got used to it and I got back in the swing of things. I was dodging from up top and they really liked to see me inverted against shortsticks. That created a lot of offense. The way I train, I train as an athlete so there’s different things I can do at either spot.”

Beyond his time at STAB early on trying to wedge his way into the lineup, Barger had been through a similar experience at Project Nine, an elite lacrosse training camp. This time he ran across players like Calvert Hall standouts Connor Mitchell and Cole Herbert, some of the top athletes in the 2019/2020 classes.

The coaching was top flight too. Ohio State coach Nick Myers is the U-19 team head coach so Barger got a taste of what he’s looking at with regards to collegiate coaching when he heads to South Bend this fall.

“Nick Myers is a super intense guy and they do a really good job of setting the example of being the humble warrior, buying into the team aspect, not individuals,” Barger said. “I really like that, it reminded me a lot of STAB. I really bought into what Coach Myers was preaching to us.”

Barger will look to put together a similar performance and perhaps find his way on to the U-19 United States roster for the 2020 Lacrosse World Championships in Limerick, Ireland next July. He’s certainly off to a bigtime start. 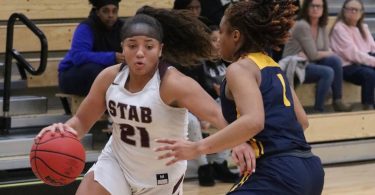