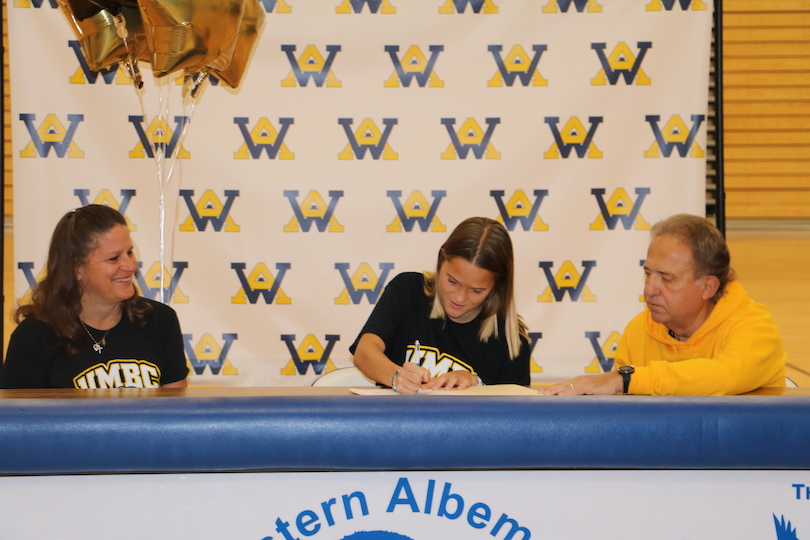 “Cat has been a part of our program for a decade,” said Western coach Jake Desch. “She was our ball girl and she would sprint up and down the sideline.”

All that running — and training and playing for the Warriors as well as at a high level in club with Skyline (formerly SOCA) — paid off, as Domecq celebrated her signing with the University of Maryland-Baltimore County Friday.

“I wanted to be part of making a program great,” Domecq said. “(UMBC) brought in 14 freshmen last year and are in the early stages of building an outstanding program.”

Like at Western where she’s got a well-established trust with Desch, Domecq’s connection to UMBC’s coach Vanessa Mann played a big role in her decision.

“The coach, Vanessa Mann, is not only an outstanding coach but an incredible person. She emphasized the role UMBC could play in my development not only as a player but as a person as well.”

Domecq’s work ethic has separated her from the pack as a player for the Warriors as she has emerged as one of Western’s top defenders during what has been a tremendous run for the program that has won the last four state championships that have been contested.

“Cat is such a hard worker,” Desch said. “And she’s worked at soccer and track and academics to be able to reach her goal of playing Division I soccer.”

Domecq got injured during her freshman campaign and watched from the sidelines during much of the Warriors’ run to the title, then like all spring athletes had to endure the cancellation of the 2020 spring campaign. She returned with a vengeance in the spring of 2021, playing center back for the Warriors en route to a state title and first team All-Jefferson District honors.

Domecq shined in the Region 3C title match, locking down previously prolific Fort Defiance scorer Ellie Cook with a brilliant performance. She also helped steady the Warriors when they went down 2-0 to Independence in the state championship game as the defense went on to shut down Independence after that and open the door for a three-goal explosion and a 3-2 win for Western.

With her selection of UMBC, she continues her family’s string of former Warriors to go on to play college sports, with sister Christine Domecq playing women’s soccer for Lynchburg and brother Derek Domecq playing baseball for Radford.

“Not being in Crozet with no other siblings to wear the royal blue and gold after graduation day is a concept about which I have yet come to terms,” Domecq said. “I know I will take the remaining seven months and enjoy every moment.” 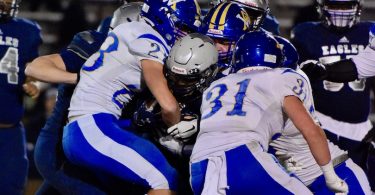