In Group AA/A field hockey, Tabb High is a superpower. They squad’s 54-game win streak that ended earlier this year was the longest in the country at the time. So it came as little surprise that the two-time defending state champions gave Western Albemarle, the last team not named Tabb to win a Group AA/A championship, all it could handle.

With a late goal, Tabb ended Western’s season in the state semifinals, winning 1-0.

Tabb’s Grace Wusk scored with under five minutes to play off a Krista Meyers assist to top the Warriors in Virginia Beach.

Tabb held a 12-4 advantage on short corners in the contest, keeping Western on its heels most of the match as the Warriors came repelled attack after attack. Maya Langaman, Western’s sophomore goalie piled up 18 saves in the match.

According to coach Mia Fields, midfielder Tess Lohr also came up with a number of defensive stops.

Western wraps up the year as the Region II champions after knocking off Fauquier 1-0 to win that title last Saturday when Olivia Hajek scored off an assist from Moira Wright. 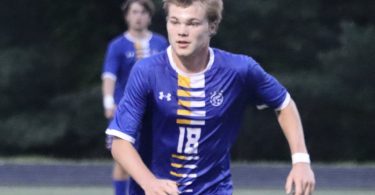