Orange County put together a solid showing at the Group AAA meet in Fairfax this weekend, with both Ryan Almond and Sean Raferty battling through the consolation bracket after second round losses to earn spots on the podium at Robinson High School.

Almond finished sixth at 152, entering the consolation bracket with his 6-4 second round loss to eventual state champion Beau Donahue of Westfield. Almond proceeded to beat Justin Altice of Franklin County 5-1 and then fell to Stonebridge’s Jonathan Faul 3-0 and Alex Turley on a pin.

Raftery won 10-0 over Brad Sullivan of Menchville in the opening round, then lost to Ryan Forrest, the eventual state runner-up of South Lakes, in the second round 7-4. Raftery then won 11-0 in the consolation bracket before he got pinned by Salem’s Torrance Brown but bounced back to pin Hickory’s Mason Mele of Hickory to take seventh place.

Orange heavyweight Billy Knabe got caught on a pair of pins early and fell out of contention. 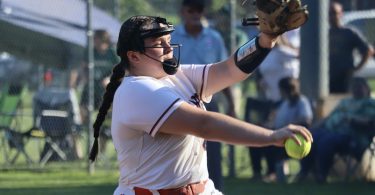 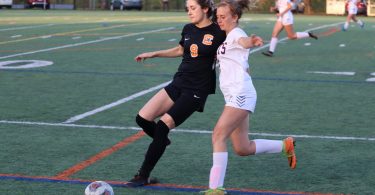