Madison County’s golf team put together a strong performance at Tuesday’s Bull Run District tournament and rolled to a district title with three finishers in the top six that earned All-District honors.

The Mountaineers carded a 344 at Spotswood Country Club to win the district title by 33 strokes over second place East Rockingham. Jackson Taylor led the charge with a 79 to take medalist honors. Cai Clark checked in at third in the district with an 85 and Dean Breeden was just a shot behind Clark at 86 to round out the Mountaineers’ All-District honorees and snag fourth place in the field.

Aaron Henshaw carded a 94 and Tucker Brockman and James Tanner each put together a 99 to round out the scoring for Madison.

The Mountaineers advance to the Region 2B tournament on April 12, also at Spotswood Country Club.

With a solid all-around effort, Western Albemarle pieced together a team score of 330 to... 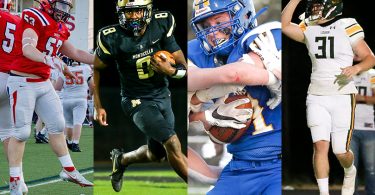