Last year, after getting beat up by Georgetown Prep in its first private school game, Fork Union went on to win a VISAA Division I title. So odds are good the Blue Devils will be just fine.

But Saturday, predictably, proved that FUMA is far from a finished product.

Georgetown made the trip to Fork Union and rolled 41-6 behind a one-two punch in the ground game from Dominic Bryan and Tene Samuto.

Georgetown jumped out to a 17-0 lead based largely on a pair of back-to-back Fork Union fumbles, the first on the Blue Devils’ second drive, the next on the kick off after Georgetown’s second touchdown. From there, Fork Union, a team that’s leaned on its ground game for a long time, was forced to put the ball in the air almost exclusively.

FUMA ran the ball just six times for negative yards as a team on the day, leaning on junior quarterback Christian Hackenberg’s arm. Hackenberg, who’s still in the process of getting to know a new crop of pass catchers, managed an 18-for-37 outing and piled up 197 yards and a touchdown. He did surrender a trio of interceptions, however. Austin Stone and Jay Gafford emerged quickly as key targets, with Stone catched four balls for 68 yards and Gafford picking up 54 yards on four catches. D.J. Randle El had the lone touchdown and Michael Guerci picked up 44 yards on four balls.

Meanwhile, Prep rarely had to throw it, with Bryan and Samuto chewing up yardage and senior captain and fullback Tyler Fairbanks occasionally getting in on the act too. The Little Hoyas finished with 313 yards on the ground to go with 62 yards through the air. Samuto had 10 carries for 177 yards highlighted by a 62-yard scamper for a score. Bryan had 71 yards on another 10 carries, proving he was every bit the physical, punishing runner he was promoted as.

Fork Union will get a shot to bounce back next week in a clash with nearby public school squad Goochland. Prep, out of North Bethesda, Maryland, will go toe-to-toe with Gonzaga on the road next week. 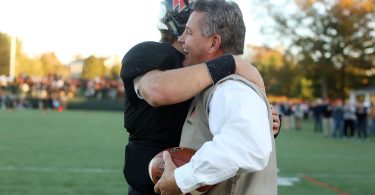 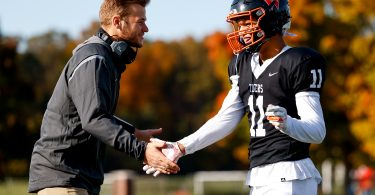