A day after surrendering 67 points to Riverside in a hard fought win, Albemarle turned the tables defensively in a huge 65-39 win over Broad Run in day two of the Holiday Hoops Classic.

“I thought our defense was pretty strong.” Albemarle coach Greg Maynard said. “We were really stressing that because I thought we played awful defense the first game of the tournament…that’s not what we want to do with Albemarle basketball, we want to make sure the other team earns their points.”

The Patriots made the Spartans from Loudoun County earn every point in the blowout that pushes Albemarle for 7-1. It looked to be a defensive struggle early as Albemarle only led 15-9 after one. However, coming out of the break between quarters, the Patriots ran a magnificent alley-oop play that resulted in La’Mari Parler finding Carter Wesson for a huge slam that ignited the Albemarle bench.

“That (play) was something we used back when we had Austin Katstra, and even before that, for other good jumpers.” Maynard said of the play.

Wesson’s dunk sparked Albemarle, but Broad Run was still able to hang around at the half, only trailing 29-23. Wesson nailed back to back treys to open the third and open a 12 point lead. The fourth was seeming deva-vu, Wesson hit two threes in a row to begin the period and Albemarle really opened things up in the final period.

“He’s been my backup point guard behind Christian Humes, and rotating the two of them they do a great job.” Maynard said of Parker. “But tonight we tried something different, we put both of them out there at the same time and it was successful.”

The backcourt duo of Humes and Parker proved deadly against the Spartans, and add that to the way La’Mari Parler and Carter Wesson have been scoring, and Albemarle is shaping to be one of the front-runners in the Jefferson. TaeVeon Wilson was a monstrous defensive presence against the Spartans, registering multiple blocks and securing some big rebounds.

Albemarle’s bench unit, led by Parker, has also proven dangerous. Ben Wesson, the younger of the Wesson brothers, scored nine of his own.

Albemarle really opened things up in the fourth, outsourcing the Spartans 22-8 to put the game far out of reach for Broad Run (5-2).

In addition to Parker’s 12, Carter Wesson scored 18, hitting four threes. La’Mari Parler crammed home a fast break dunk of his own in the first and finished with 10 points, four assists  and five steals. Humes had eight points and five rebounds in the winning effort.

Albemarle will close out the Holiday Hoops Classic tomorrow when they head to Western Albemarle to play fellow Class 5 school Stafford. Broad Run will also play at Western tomorrow to take on the Warriors (7-1).

Western Albemarle’s boys basketball team was handed their first loss of the season in their last... 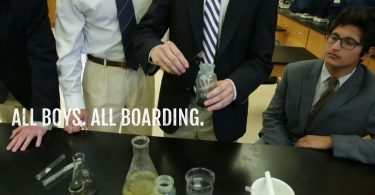