While Western’s Jake Jackson winning a public school state title was the highlight of VHSL championship Saturday in sites across the state for local contenders, six other wrestlers also found their way to the podium on Saturday.

At the Group 5A championships at 145 pounds, Orange County’s Chance Bowers finished third after defeating Jonathon Conrad of Lee-Davis in a 5-2 decision in the third place match. The Hornets’ Riley Rudnick finished sixth in the 5A state championship at 160 lbs after being defeated by A.J. Deutel of Brooke Point in a 3-1 match. Orange’s David Steigler also finished sixth in the state after losing his final match to Stonebridge’s Brandon Battista.

Louisa County’s Mason Morris earned third in the group 4A state championship at 126 lbs. Morris defeated JJ Laird of Eastern View in a 6-1 decision.Louisa’s Austin Mills finished fourth in Group 4A states at 145 lbs after falling to Jesse Alvarado of Great Bridge. Cameron Hornsby of Louisa finished fifth after defeating Terrell Bell of Deep Creek in the heavyweight class. 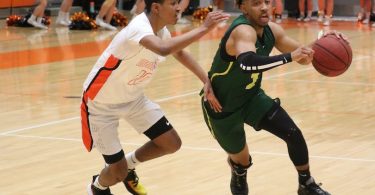 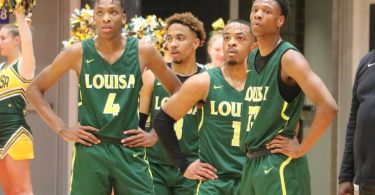 Jarett Hunter looked up and checked the scoreboard. Louisa was down nine without much time left in...